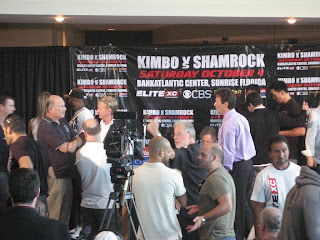 Which Other Pro Wrestlers Could Succeed in MMA?

Former WWE star Brock Lesnar is now the UFC's heavyweight champ. (Breathe, breathe, it'll be okay. It's not the end of the world. Breathe.) In light of this shocking development, MMA Journalist has culled through the rosters of various professional wrestling organizations and compiled a list of who else might find success in the sport of mixed martial arts.