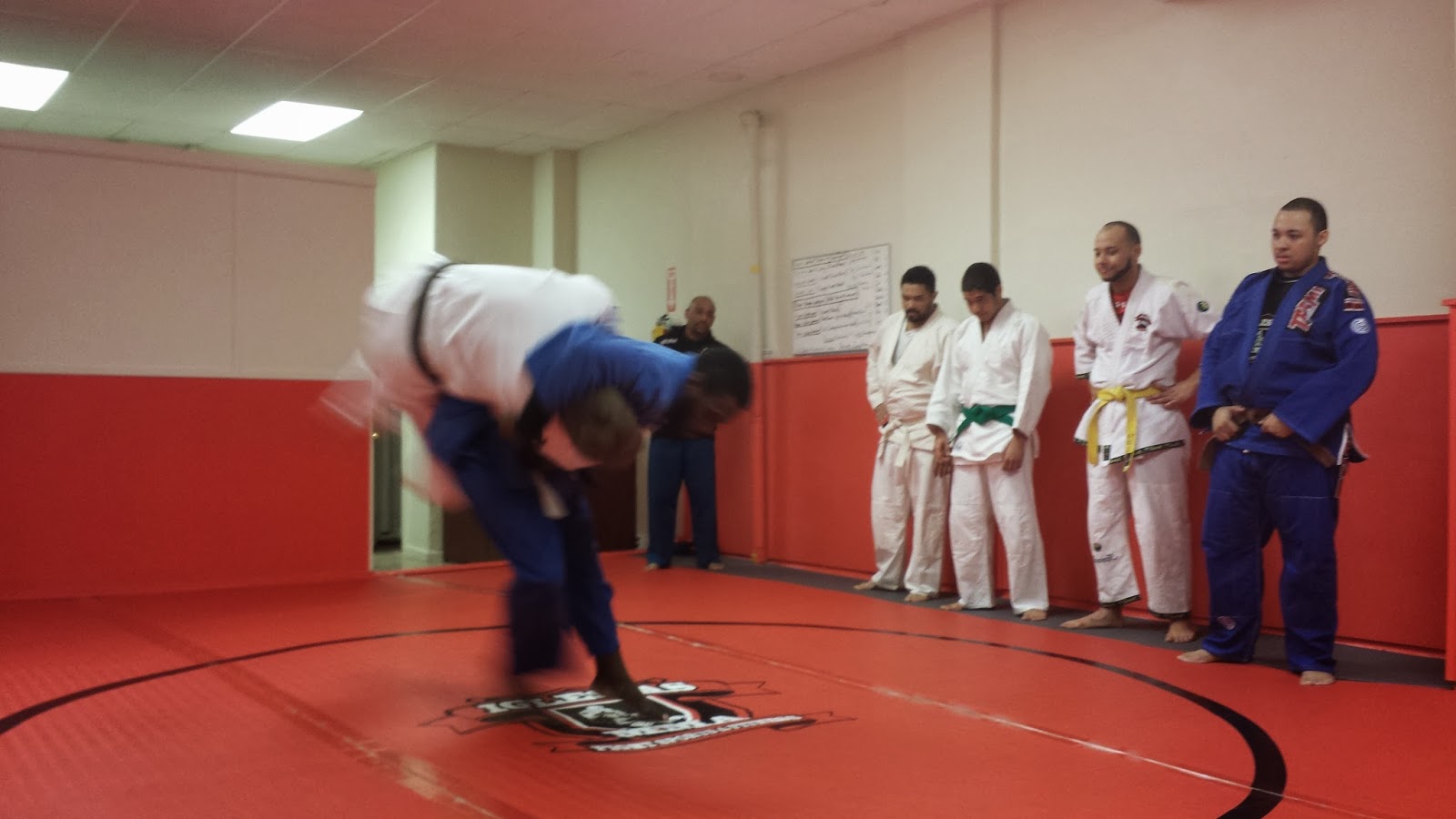 It's an odd sight, seeing an MMA champ with an unblemished 9-0 record - with some of those by spectacular, crushing knockouts - don a gi and a white belt and learn the basics of judo. But that's just how it is for Jerome Mickle, who owns the gold straps for the Underground Combat League and the New York Fight Exchange, and who'll be defending his NYFE welterweight belt on March 15 against a champion kickboxer and Team Renzo rep. Jerome, you see, is at the vanguard of top talent in the suddenly alive and vibrant New York amateur MMA scene - a scene that didn't exist when Jerome first started fighting here years ago - and this new paradigm in competition and training means fighters can find coaches and camps where none existed before.

It means that Jerome, who for much of his career studied under the tutelage of UCL promoter Peter Storm, often training in Storm's attic until the two parted ways, now has other options.

Today is the fourth day of my seven-day New York City MMA roadtrip, so I boogie back up to the Bronx to catch one of Jerome's training sessions. His new school? Iglesias MMA, whose head coach, Dr. Richard Iglesias (he's a chiropractor, hence the "doctor" prefix), has accepted the already accomplished MMA champ with open arms.