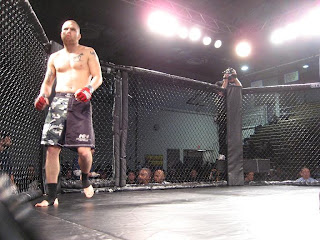 The UFC, working in conjunction with the Nevada State Athletic Commission, has adopted new rules in regards to fighters and their corners and what goes on between rounds. Stemming from the UFC 94 debacle involving champ Georges St. Pierre's erotic use of K-Y Jelly against challenger BJ Penn and Joe Lauzon's use of gasoline at UFN 17, fighters and their corners will no longer be allowed to cheat. "No more illegal substances, no more banned substances, no more unfair advantages and no more 'shockers'," said UFC Vice President of Being Old and Respected Marc Ratner. "We're cracking down." When asked what a "shocker" was, Ratner held out his fist, then extended his index finger and pointer. "This. And it hurts."
Posted by Jim Genia at 1:05 PM 1 comment: 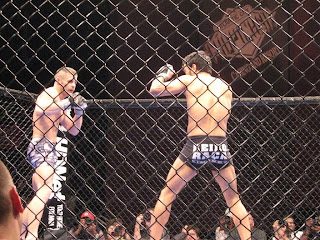