Bellmore Kickboxing lightweight Dom Stanco will finally get his day in the sun, as the heavy-handed veteran has been tapped to take on Gold Team Fighters rep Charles Oliveira da Silva in ROC 24's marquee bout. At stake: the USKBA East Coast lightweight title, plus bragging rights if the Long Islander takes out the Brazilian (or vice versa). There isn't a lot of tape available on Oliveira da Silva, as he's one of many Brazilian expats who've recently surfaced in New Jersey to jump feet-first into the fight circuit, but what is known is that he's undefeated in six Sao Paulo MMA bouts and that he's a two-time jiu-jitsu champ. Yet no matter what skills he brings into the cage, Stanco will only need one punch to knock him the hell out. In terms of 155-pound talent, the East Coast has seen fantastic grapplers rise up and graduate to the major leagues (Frankie Edgar, Jim Miller); Stanco is the first one who could be considered a "big puncher". Expect Oliveira da Silva to have a drastically different dental layout when this one is over.
Posted by Jim Genia at 4:02 PM No comments: 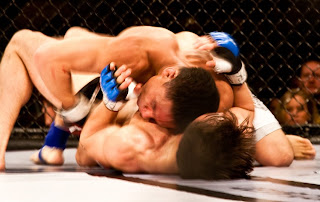 Deepest Condolences to the Miller Family

MMA Journalist has just learned that New Jersey-based UFC fighter Dan Miller's baby passed away shortly after birth. This is tragic news. Spend enough time covering the Northeast MMA circuit and a lot of the folks here start to feel like family, and it's no secret I have great affection for Dan (and his brother Jim). My deepest condolences go out to Dan and his loved ones.
Posted by Jim Genia at 12:45 PM No comments: 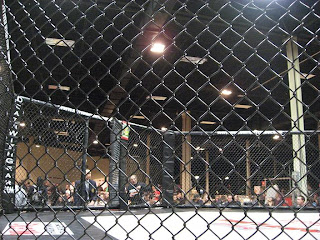 Sally Krumdiak: A Warrior Without Eyebrows

Extreme Challenge returns to Atlantic City on Saturday, March 28th, and the event is headlined by top-ranked female fighter Tara LaRosa taking on Sally Krumdiak. Who is Sally Krumdiak? Apparently an up-and-coming warrior who eschews eyebrows. A search with Google Images paints a grim picture for LaRosa, for Krumdiak seems to have mastered the looks "mean", "foreboding", and "eyebrow color too light to be discernible". But can she fight? Does she have what it takes to overcome LaRosa's vast experience competing at the highest levels of female MMA? It doesn't matter. Win or lose, Krumdiak is going to be terrifying doing it. 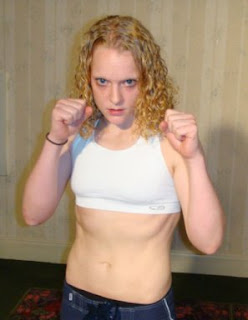 (Pic courtesy of the Art of War website - who knows where they got it from.)
Posted by Jim Genia at 10:25 AM No comments: 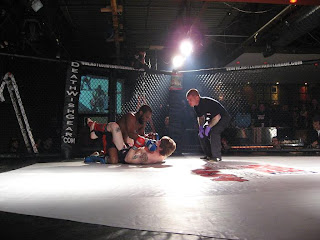