MMA Journalist has just learned that sambo expert Gene Fabrikant passed away this morning.  It was sudden, and the result of an unknown heart issue.  Fabrikant coached a few fighters here and there, and also ran a few shows out in Brooklyn, including the recent Paul Rosner memorial event as well as the infamous International Fight Night underground shows.  He will be missed.

Predictions for UFC Fight Night "Florian vs. Gomi vs. Fanboys"

Do you recognize the name “Takanori Gomi”?  If so, congrats!  You are neither a TUF Noob nor a Kimbo Noob.  However, if the name doesn’t ring a bell, this is all you need to know about the former Pride lightweight champ: he can punch, he’s a fanboy favorite, and like his opponent Kenny Florian, he loses when he fights BJ Penn.  Predictions! 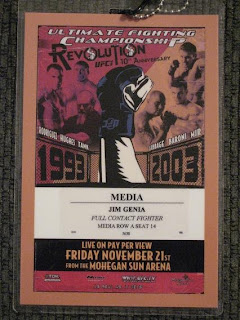