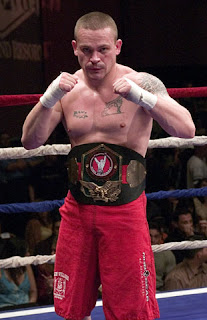 Northeast MMA has lost one of its pioneers, as former Pitts Penn fighter Billy Craparo has passed away. A capable slugger and competent grappler, Craparo once waged a stand-up war with Fight Factory's Judah Ciervo at BAMA FightNight and later submitted Rhino Fight Team's Jay Coleman at a Ring of Combat - two promotions that pretty much covered the spectrum of the Garden State MMA scene, and two examples of how Craparo was a part of it all along. It's a tight-knit community out here, and Craparo will be sorely missed.
Posted by Jim Genia at 9:56 PM 2 comments: