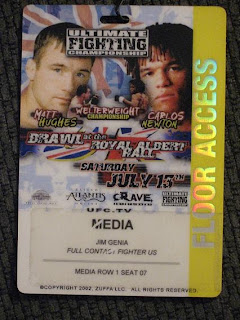 A Ray of Hope in New York State

And through the clouds, a ray of hope... The New York State Senate adopted a resolution today approving a sizable portion of Governor David Paterson's 2010-2011 budget proposal. Specifically, they've given MMA the thumbs up. The relevant part of the resolution reads, "The Senate modifies the Executive's budget proposal to authorize the Department of State to regulate the conduct of professional mixed martial arts by providing for stricter controls and regulations of the sport." What does this mean? It means that now all we need is for the State Assembly - the other half of New York's legislative body - to give their approval, then it's on like Donkey Kong! Of course, things to keep in mind include the fact that the Assembly could sit on their hands and do nothing (possible), the fact that the Assembly could not approve of the MMA part of Governor Paterson's budget proposal (not likely), the fact that the Assembly could radically transform the MMA bill into something else (probably not likely), or the fact that the Assembly could just suddenly go bonkers and beat each other to death with hammers (hey, it's New York. That's a real possibility with politics here). So yes, we're closer. But not quite there yet.
Posted by Jim Genia at 9:50 PM No comments: 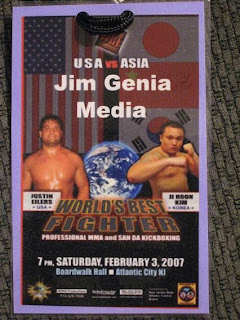 Observations from My Couch: UFC on Versus 1 "Smashing Asteroids"

Solid show with some solid fights.  Dave Branch, Jimmie Rivera and Kenny Foster all delivered the goods, and though the UCC had a few kinks that needed to be worked out, any promotion that gives these guys an opportunity to fight is a promotion worth checking out.