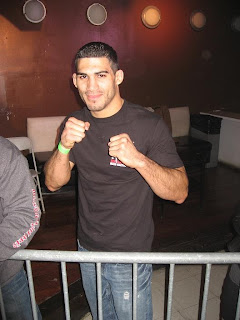 Press row. That sacred space where sharp minds watch and analyze all that transpires so fans can gain a fresh perspective on the action in and out of the cage. In theory at least. The truth is, reality is usually far less glamorous. Since 2001 MMA Journalist has been sitting in press row (at underground shows, that means you're the guy standing next to the ring with the notebook; at a UFC, EliteXC or IFL, you're just a few feet too far to be able to catch a fighter's errant tooth), and in that time I've seen some very talented individuals, as well as some complete tools. Here are the top five most unprofessional "journalists" to ever grace press row (and yes, the names have been withheld to protect the not-so-innocent): 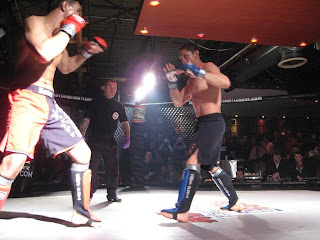 A Defeated Frank Shamrock Climbs into His Time Machine to Return to the Past, Taking His 1999 MMA Skills with Him

Frank Shamrock is gone. Fresh off his crushing defeat at the hands of modern MMA competitor Nick Diaz at Saturday night's Strikeforce event, the legendary fighter climbed into his time machine parked under a San Jose overpass to return to the past he'd been visiting us from - a past where the former UFC champ's abilities are still considered cutting edge and groundbreaking. "I've done all I can here," said Shamrock from his seat in the cockpit of the saucer-like contraption. "But I am a man out of time, in the wrong place with the wrong set of skills, so now I must go home." For Shamrock home is 1999. In that era, his melding of kickboxing, submission proficiency and top-notch conditioning sets him apart from the rest of the world's MMA athletes. Today those traits are commonplace. "So long, 2009," said Shamrock, suddenly bathed in the blue glow of a timewarp bubble. "I've got some Australian named Elvis Sinosic to fight." A blinding flash of light later and both Shamrock and the saucer had disappeared.
Posted by Jim Genia at 12:30 PM 1 comment: 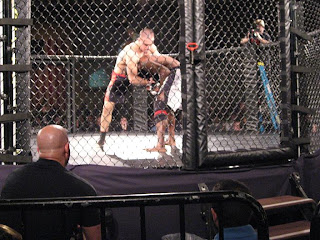