M-1 Global touches down at Bally’s in Atlantic City this Saturday for the opening round of some sort of international tournament, or maybe this is to determine who represents the United States in a grand M-1 Global event.  Who knows, and really, who cares?  The bottom line is the roster is full of bangers.  Not the best guys around, but definitely guys who come to throw down.  It’s a list that includes:

Throw in some smoking-hot prospects like Sedico Honorio, Renato Migliaccio and Pat Audinwood, and you certainly have reason to check this event out.  And if you can’t make it, look for MMA Journalist to do some liveblogging.

Posted by Jim Genia at 11:58 AM No comments: Links to this post


Posted by Jim Genia at 10:55 AM No comments: Links to this post 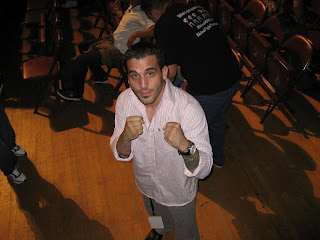 Posted by Jim Genia at 7:03 AM No comments: Links to this post