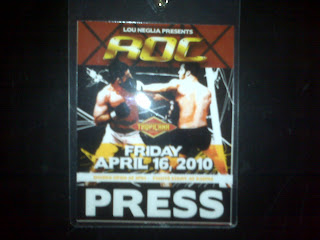 Sent from my BlackBerry® smartphone with SprintSpeed
Posted by Jim Genia at 9:11 PM No comments:

It’s time once again for an installment of the UFC, everyone’s favorite MMA promotion where the races of man can come together as one and unite under the penumbra of peace and combat.  For Saturday night’s event, we have former light-heavyweight champs Rashad Evans and Quinton “Rampage” Jackson squaring off in a bout devoid of hate, devoid of color –HOLY “BLACK ON BLACK CRIME” WHAT? "I'M GONNA BEAT HIS BLACK ASS" WHAT?  Sweet Lord of Public Enemy and NWA, someone’s been laying the racial stuff on a bit thick.  Well, anyway, predictions.

Travis Roesler, a former Northeast MMA fighter and contender in the light-heavyweight division, was arrested this week when Philadelphia police found over a million dollars worth of marijuana in his training studio.  A million bucks worth of weed?  Seriously?  Oh man, the jokes are practically writing themselves…