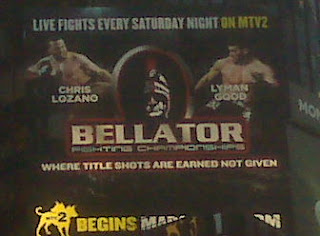 Sent from my BlackBerry® smartphone with SprintSpeed
Posted by Jim Genia at 5:17 PM No comments: 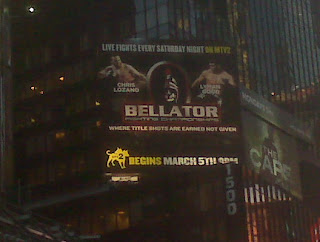 Sent from my BlackBerry® smartphone with SprintSpeed
Posted by Jim Genia at 5:16 PM No comments: 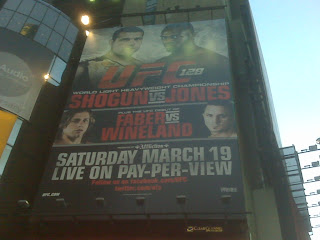 Sent from my BlackBerry® smartphone with SprintSpeed
Posted by Jim Genia at 5:15 PM No comments:

Predictions for Bellator 35 "All Kinds of Welterweight Awesome"

As the great Canadian warrior/poet Harold Howard once said, “If you’re coming on, then come on!”  Well, Bellator is “coming on” MTV2 on Saturday night, and their debut on the network is most certainly “coming on”.  We may or may not get to see champ Zoila Frausto in a non-title bout, and perhaps the inevitable bloodbath between Waachiim Spiritwolf and Jaime Jara will remain unaired, but what is in store for sure are the quarterfinal match-ups of this season’s welterweight tournament – a field that includes the likes of ex-champ Lyman Good, IFL champ Jay Heiron, and judo thrill-machine Rick Hawn.  So hold onto your hats, ‘cause here comes some BFC 35 predictions.