UFC 100 is nearly upon us, and the event - dubbed "Ultimate Actually Worth the $44.99 for the Pay-Per-View" - might actually be worth the clams shelled out to watch the damn thing. There are about two and a half main events, with Brock Lesnar and Frank Mir squaring off, Georges St. Pierre and Thiago Alves doing their thang, and Michael Bisping and Dan Hend... zzzzzz. Ahem, anyway, predictions! 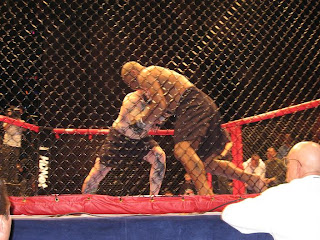