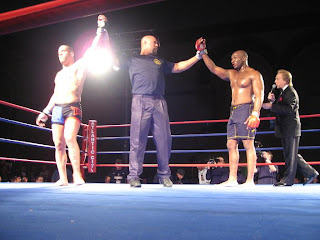 More On This Strange WEC Rumor

So there apparently really is a secret WEC event going on this Sunday night, some sort of stealth/ninja/under the radar affair involving bantamweight champ Miguel Torres, Jeff Curran and Leonard Garcia. As this WEC 42 event has nothing to do with Strikeforce, Fedor or the UFC's Philly event, it's gone largely unnoticed. But MMA Journalist is on the case! Here are some predictions: