A Collection of News Haiku 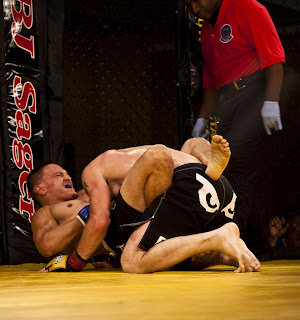 At last weekend's UFC 102 event, Octagon veteran Gabriel Gonzaga and newcomer Chris Tuchscherer clashed in an unaired preliminary bout that had men everywhere cringing. The contest pitted a jiu-jitsu black belt with devastating kicks against a mountain of a wrestler, and when Gonzaga came out with guns blazing he landed a foot square into Tuchscherer's groin, resulting in an understandable delay (for Tuchscherer to vomit into a bucket). After a restart, Tuchscherer quickly lost via TKO. Did the accidental low blow play a role in the rookie's subsequent defeat? Tuchscherer's nuts seem to think so, and yesterday they released the following statement: "We demand a rematch! Never before has an illegal technique had such a role in the outcome of a fight, and when that big Brazilian bastard crushed us, there was no way Chris could have performed to the best of his abilities. How bad was that groin strike? It's almost a week later and Lefty here is still in pain. We - including our owner, Chris - deserve a rematch. It's only fair."

MMA Journalist contacted Gonzaga's foot for a response to this statement, but his foot has yet to reply.
Posted by Jim Genia at 12:36 PM No comments: 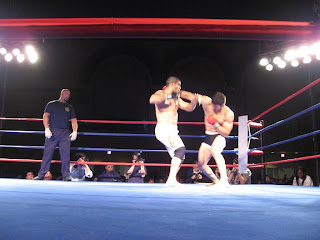