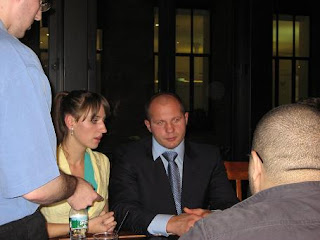 Yesterday's Fedor Emelianenko press conference failed to deliver any great revelations other than that he will be starring in a Russian version of the video game "Pong", but the media-manipulating machine that is the UFC was quick to leak to Carmichael Dave of "The UFC Shill" radio show the "very generous offer" they'd presented to the free-spirited heavyweight. Those terms included a six-fight deal/$30 million contract, an immediate title shot, a share of the pay-per-view sales, the right to wear as many "M-1 Global" logos as he wants, and permission for Fedor to compete in his beloved art of combat sambo. What the UFC did not leak, however, was the fine print contained within the contract - clauses which no doubt factored into Fedor and his management team's reluctance to sign on the dotted line. Thankfully, MMA Journalist has obtained a copy of that contract through anonymous sources, so here is the crux of the "fine print": 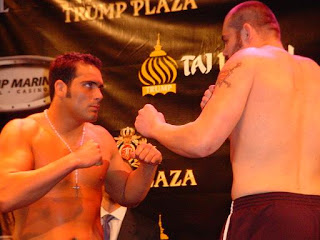