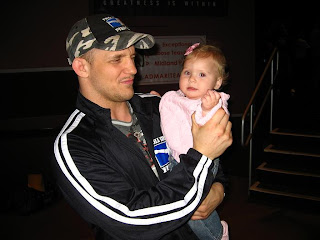 Predictions for UFC "Fight for the Troops"

Tonight's UFC "Fight for the Troops" event, intended to raise money for the Intrepid Fallen Heroes Fund and broadcast live on SpikeTV from the Crown Coliseum outside of Fort Bragg, features no real big-name fighters. But there are a number of compelling match-ups in store, so MMA Journalist has put together bout predictions for the free event: