Mention women's MMA to anyone and they'll immediately think of Gina Carano, then salivate over Carano's inevitable superfight against Cristiane "Cyborg" Santos. Sadly, though widely considered the best in the world at 135 pounds (Carano fights at 180 pounds), Tara LaRosa's been in the game longer and accomplished more, yet commands only a fraction of the attention. What LaRosa needs is a superfight. Sure, she's headlining this weekend's Extreme Challenge: "Mayhem at the Marina", but it's a foregone conclusion that she'll put Sally Krumdiak away with a submission before time runs out. LaRosa should be facing the best, facing someone who'll make for a "Oh wow!" kind of match-up. That person might actually be located right here in the Northeast. Her name is Vanessa Porto. A Brazilian and member of Gold Team Fighters (which is based in Newark, New Jersey), Porto has wins over Hitomi Akano and Tonya Evinger, and she's got aggressiveness and experience against top-level fighters - two things that could make for a competitive and compelling fight against the Fight Factory femme. Think Carano vs. Cyborg will be exciting? LaRosa vs. Porto could put you into cardiac arrest. This is a superfight worthy of the best 135-pound female fighter in the world.
Posted by Jim Genia at 11:15 AM 1 comment: 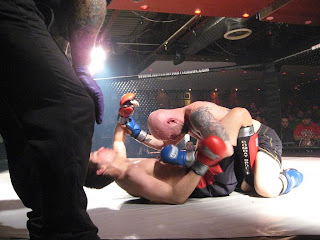 Dissect any fight team and lay out the parts and you'll see it's akin to a family, with the trainers as parents and the fighters of varying experience levels the siblings. The Northeast's Team Serra/Longo - helmed by jiu-jitsu magicians Matt and Nick Serra and striking guru Ray Longo - is no exception, and it's not hard to discern that veterans Pete Sell, Luke Cummo and James Gabert are the "older brothers". But who are the younger brothers? MMA Journalist has picked out four notable up-and-comers from this New York-based group. Keep an eye out for them, as they comprise Team Serra/Longo, version 2.0. 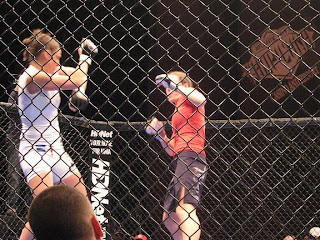