The View From Upstate, Part 1 - An Interview With Cory Schafer of the ISKA 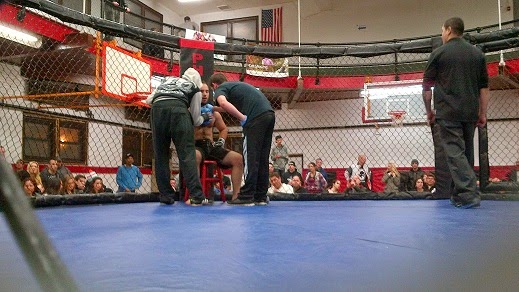 New York is a big state. So big, actually, that to drive from Montauk – the state’s eastern-most point – to Buffalo would require about nine hours and a ton of coffee. The state’s great size is why, when talking to a native New Yorker, the geographical parlance of the conversation will include references to “the city” (i.e., New York City), “out on the island” (i.e., Long Island), and “upstate” – a catchall for anything north of the Big Apple. And a glance at the map will tell you that the area encompassed by the word “upstate” is huge.

In 2012, when the Zuffa vs. New York State lawsuit forced the Attorney General to admit that amateur MMA was legal, that huge area was suddenly awash with aspiring promoters and hastily-erected cages. But who would regulate them? Who would oversee the goings-on in and around the cage, making sure events were staffed by trained officials and guided by codified rules? Not the New York State Athletic Commission – the law banning pro MMA also prevents the Commission from playing a role in amateur versions of the sport. No, for the folks upstate, the void created by the influx of fight shows was filled by a third-party sanctioning organization. Overseeing amateur MMA was, for the most part, handled by Cory Schafer’s International Sport Karate Association (ISKA).