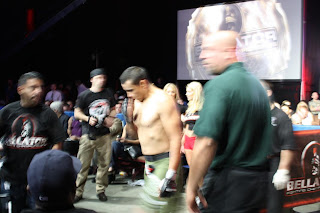 This Friday is another installment of promoter Lou Neglia's Ring of Combat (ROC 24, to be exact), and as regional MMA shows go, this one is looking pretty killer. Here are a few match-ups to keep an eye on: