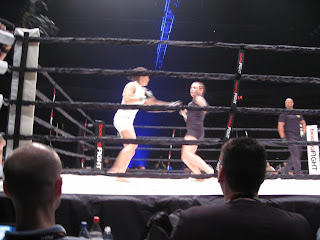 The last Strikeforce installment of the year is scheduled for Saturday on Showtime, and sadly it’s pretty Fedor-deficient.  However, there are some other big names on the card, like Asian Guy Not Fedor and Brazilian Guy Not Fedor, as well as American Guy Not Fedor.  So, predictions! 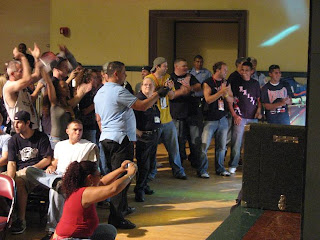 Professional mixed martial arts would be legal in New York right now if not for the legislative issues that plagued the state during the past year, and the bill to make it all happen must start back at square one in the upcoming session, with some projecting MMA's legalization happening anywhere from April to the end of 2010. However, yesterday's ruling from the federal government that the Shinnecock Indians in Southampton are officially a tribe, and therefore not subject to any statewide ban on MMA, could mean events on Long Island within six months. Sure, this same issue arose back in 2006 when a federal court acknowledged the Shinnecock's newfound status, but there were still hurdles to them hosting shows - particularly, their own reluctance (more than anything, the tribe wants to open a casino). But with yesterday's milestone, plus the explosion of MMA events on Indian reservations upstate, they might feel differently about it now.
Posted by Jim Genia at 6:14 AM No comments: