Addressing rumors that his organization may be faltering under the weight of exorbitant salaries and out-of-control production costs, Affliction Head Seamstress Tom Atencio held a press conference today on the steps of the Anaheim Police Headquarters, taking "haters, fear-mongerers and lackeys of Dana White" to task for what he claims to be "outright lies". "Affliction is here to stay," said Atencio. "We have taken a thriving t-shirt business and turned it into a mixed martial arts empire, and as our 'Trilogy' event on Saturday will prove, we have the best fighters in the world who are worth every penny we're paying for them." When asked if this would be Affliction's last outing, Atencio was quick to respond. "No way. In a year from now, we'll have had a total of six shows. And Fedor will probably be fighting Randy Couture. And Brock Lesnar. At the same time. Because that's what the fans want and we're willing to pay out a billion dollars of ours and everyone else's money to make that happen."

Saturday's Affliction: "Trilogy" event is set to feature Fedor Emelianenko taking on Josh Barnett, as well as a bunch of other fighters who will compete and then get paid for their work.
Posted by Jim Genia at 1:08 PM No comments: 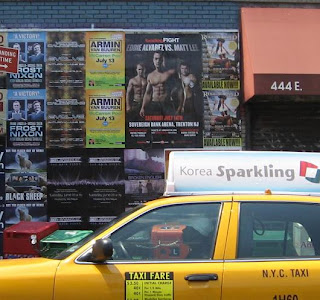