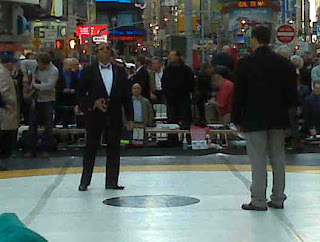 Sent from my BlackBerry® smartphone with SprintSpeed
Posted by Jim Genia at 5:26 PM No comments: 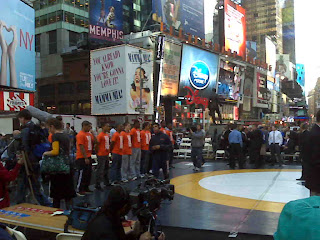 Sent from my BlackBerry® smartphone with SprintSpeed
Posted by Jim Genia at 5:25 PM No comments: 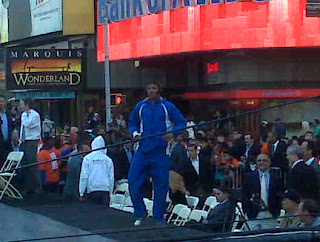 Sent from my BlackBerry® smartphone with SprintSpeed
Posted by Jim Genia at 5:19 PM No comments: 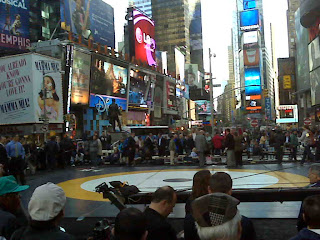 Sent from my BlackBerry® smartphone with SprintSpeed
Posted by Jim Genia at 5:17 PM No comments:

Last night MMA Journalist went to a private screening of Kahleem Poole-Tejada and Sambo Steve's documentary "New York Mixed Martial Arts", which details the decline of the public's appetite for potato knishes.  Psyche!  The film is about New York MMA (duh) and the state's lack of sanctioning for our beloved sport, and it focuses on an amateur fighter named Brad Desir, a rally and a roundtable, and a ton of snippets from industry insiders.  Hey, did you know Josh Barnett doesn't trust the government?  Or that Gesias Cavalcante can speak pretty good English?  I did not, but thanks to the documentary, now I do.  Anyway, "New York Mixed Martial Arts" will be shown to the general public at the Bronx Week Film Festival on May 16 to 19, and it's worth checking out.

Lyman Good Injured, Out of Bellator 44

File this one under the heading "NOOOOOO!"  Lyman Good, who was scheduled to fight Dan Hornbuckle at next weekend's Bellator 44 in Atlantic City, was injured in training and will be unable to fight.  This turn of events sucks on many levels - and all those levels involved watching Good kick ass.  Oh well, what can you do?