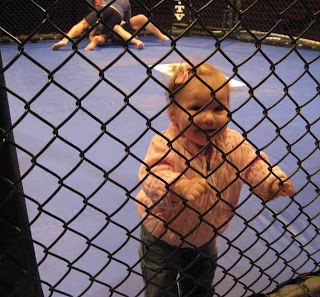 Two promotions are coming to Atlantic City in the first quarter of 2009 to stake their claim in the Garden State's MMA fan-rich soil - the World Cagefighting Alliance (headed by Derek Panza, Keith Evans and Gary Marino), and a Monte Cox event (it could be an Extreme Challenge or it could be an Adrenaline show, we just don't know yet) that will be headlined by Eddie Alvarez. Both Marino and Cox should have a pretty decent handle on which fighters put asses in seats, but to help them out, MMA Journalist has put together the following list of the East Coast's big ticket sellers (a local big ticket seller is the cornerstone of the "Strikforce business model" these promotions aspire to):

For his January 13th show at the Tropicana Casino & Resort, Cox already has the aforementioned Alvarez headliner and popular welterweight Tom Gallicchio taking on Phil Baroni (maybe). It will be interesting to see who else ends up on that card and who winds up on the February 6th WCA show. 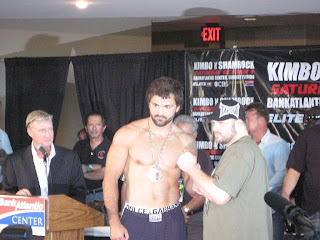 Apparently there's some sort of secret MMA show in Washington, DC on December 13th, and by "secret", I mean "What the hell? Why don't you people advertise? Good Lord, you have to be clairvoyant to find out about these things!" The event is called "Battle at the Nation's Capital", and the card features ROC champs James "Binky" Jones and Paul Bradley, Dave Branch (who trains with TUF 8 stud Phillipe Nover in Brooklyn), some Team Quest fighters and some local guys, and a mean-looking Brazilian - and the only reason I know all this is because I stumbled across their website (http://districtcombatproductions.com/battleatthecapitalI/) . So, yeah, if you're anywhere near the DC Armory on that day, knock on the front door three times and tell the security guard "Mr. X" sent you. Let me know how it goes.
Posted by Jim Genia at 10:43 AM No comments: 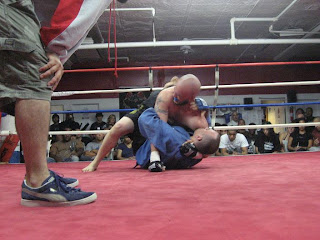 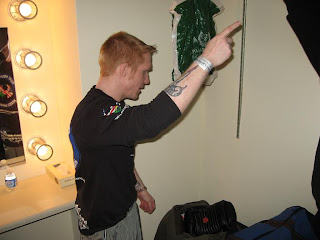 After a Wealth of Success in the UFC, Frankie Edgar Finally Awarded Purple Belt

After a wealth of success in the UFC, lightweight contender Frankie Edgar was finally awarded his purple belt in Brazilian Jiu-Jitsu this past Saturday. At an elaborate ceremony at the Hamiliton, New Jersey, YMCA gymnasium, Edgar - who dominated the East Coast MMA circuit and who's defeated black belts Hermes Franca and Mark Bocek in the Octagon - was given his rank by trainer Ricardo Almeida, an accomplished grappling champ who's produced a multitude of top-level competitors. The order of the colored belt ranks, from lowest to highest, is white, blue, purple, brown and black. Said a source within the Almeida camp, "Frankie deserved it. He's come a long way in jiu-jitsu and earned his purple belt for sure." To achieve the rank of brown belt, Edgar is expected to be able to levitate, raise the dead, and manipulate fire with his mind.
Posted by Jim Genia at 9:45 AM No comments: