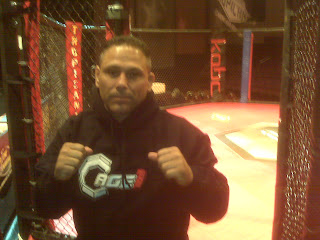 Posted by Jim Genia at 8:54 PM No comments: Links to this post

Despite Chael Sonnen’s impressive defeat of top contender Nate Marquardt at UFC 109, manager, translator and aspiring matchmaker Ed Soares – the English-speaking front man for UFC middleweight champ Anderson Silva – doesn’t feel the American deserves a shot at his ward’s belt.  Consequently, Soares has released a list of Herculean tasks he believes Sonnen must accomplish before such a match-up occurs.  The list includes:

Posted by Jim Genia at 5:03 PM No comments: Links to this post