Another Sunday in New York City, another installment of the only unsanctioned, illicit and totally freakin' cool fight show around. From an undisclosed location in the Five Boroughs, the Underground Combat League provided us with a round-robin grappling tournament plus a six-fight MMA card. Veteran New Jersey pro fighter Josh Key was there to take part in the grappling portion, and there were a lot of new faces mixed in with the familiar ones. Some thoughts:

-Promoter Peter Storm dusted off the blue judo gi to take on kung fu exponent Blackie Chan. It took some work, as Blackie is no slouch when it comes to hitting and moving out of the way, but eventually Storm got him down and kimura'd him.

-Rene Driefuss-trained jiu-jitsu beast Chad H. put in another dominant performance, this time against the rookie Miguel Dozler. Dozler was game, but Chad controlled position from the outset, and eventually worked into the rear naked choke that left Dozler with no option other than tapping out.

-Doug "Lionheart" Ahammer and Tommy Diaz went to war in a back-and-forth battle that saw them scrapping on the feet and the ground. Diaz seemed to have more in his gas tank, however, and that enabled him to secure the decision when time ran out.

-Mike Brenkert of Fusion MMA looked smooth tapping out Antonio with an armbar. The bout was contested under New Jersey amateur rules, which meant no hitting the head on the ground and whatnot. Still, it was entertaining, and Brenkert's clearly got technique.

-Junior Lubin and "Smash" Evans went at it hard, with Lubin getting some licks in early but Smash punishing him later on. Lubin can take a punch and Smash can certainly deliver one. The end came when the New Generation Karate rep could no longer overcome Smash's sprawl, which resulted in the Advanced Fighting Systems fighter pounding out the win via TKO. Solid showing by both men, though. Very solid showing.

-It took some hard work, but the veteran UCLer Kirkland Campbell managed to grind out a much-needed win - this time against the Gracie Barra-trained Chike Obi. Just like in the "old days", Campbell repeatedly put his foe on his back and racked up points with fists and forearm smashes. He took the decision when time ran out.

As UCL's go, this one was pretty damn good - and made better by the grappling tournament, which attracted the new faces. Also, kudos to Captain Zorikh, who cast his hat into the ring for the grappling portion and gave everyone hell.
Posted by Jim Genia at 10:34 PM No comments: 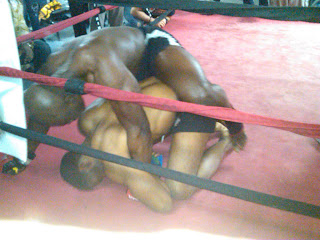 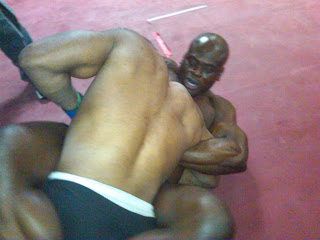 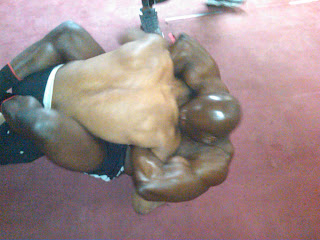 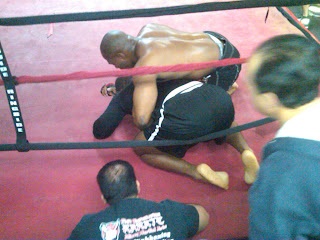 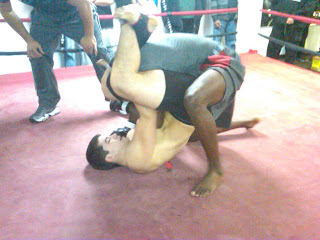 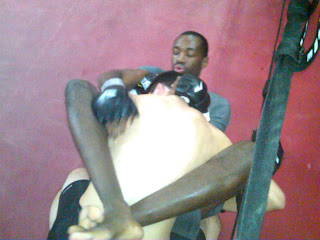 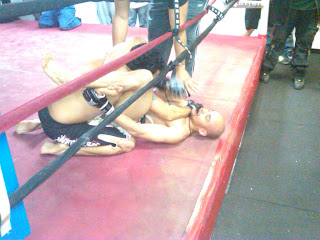 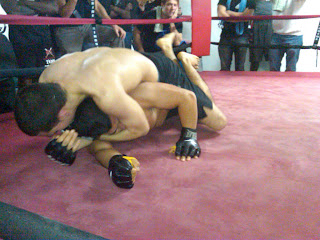 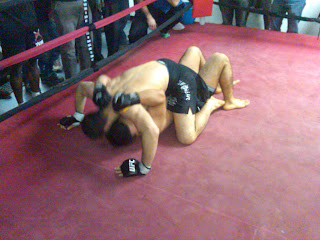 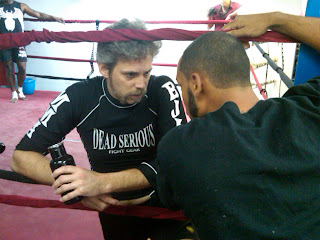 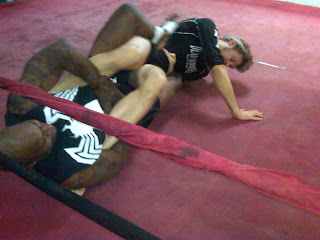