Upcoming Fight Show to Feature Some Fighting and Some Stuff

An upcoming fight show, scheduled for some cable channel or maybe pay-per-view or not, will feature some fighting and some stuff, according to a press release circulated by the promoter today. Some fighter you might have heard of, but possibly not, will be headlining, squaring off against so-and-so for the Blah-Blah-Blah championship belt. Plus, the undercard is stacked with, uh, whatever. You know. Said the promoter, "Oh yeah, it's going to be awesome. Those guys are killers and, er, they like to bang. So you should totally check it out." Stay tuned to MMA Journalist for more as this story develops.
Posted by Jim Genia at 9:54 PM No comments: 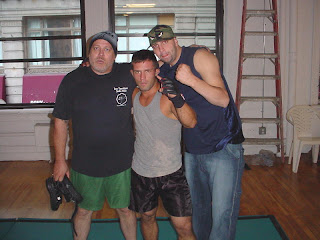 Check out Real Fighter magazine this month.  There's a decent-sized article on NYC's Underground Combat League by Paul Wachter, and the accompanying photo spread by UCL staple Anil Melwani is so gritty, you might need a tetanus shot after you put the magazine down. 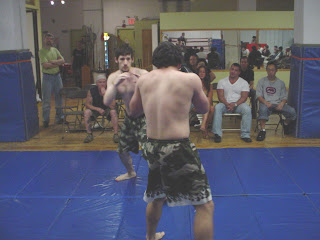 Obvservations From My Couch: UFC 107 "Out In The Streets They Call It Murder"