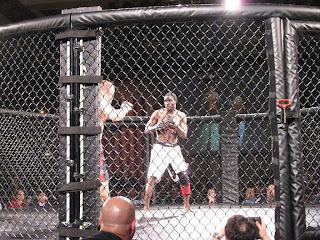 Lou Neglia's Ring of Combat will return to the Tropicana in Atlantic City on June 12th, and the line-up for ROC 25 is shaping up nicely. According to their website, lightweight slugger Dom Stanco will be facing the well-rounded and dangerous Eddie Fyvie, heavyweight grappler Joe Abouata will take on up-and-comer Gian Villante, Igor Gracie will square off against Team Tiger Schulmann's Radji Bryson-Barrett, and TSMMA stand-out Louis Gaudinot will attempt to land a spinning backfist on veteran wrestler Nick Cottone. As for championship bouts, ROC middleweight champ and Team Renzo rep Rafael Sapo and UFC vet Sean Salmon will scrap, while light-heavyweight killer Ricardo Romero rematches with Glen Sandull (Romero lost their last bout via disqualification). As top-level regional promotions go, ROC is king. MMA Journalist will definitely be cageside for this one.
Posted by Jim Genia at 3:53 PM No comments: 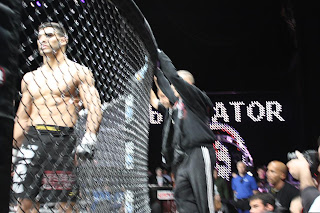 It takes a lot of guts to step into the ring or cage and test oneself in front of a crowd of strangers. However, it takes just one good look in the mirror to realize you're not ready for that test, and through the years MMA Journalist has witnessed a select few wade into combat totally unprepared and get clobbered for their ignorance. Here's a list of the top five worst Northeast fighters in no particular order (note: since the advent of amateur MMA in New Jersey in 2004, most people not ready for prime time get weeded out; sadly, the following had no such league to learn how much their karate sucked): 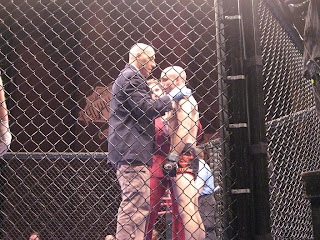