Our speakers did a fantastic job today! They represent New Yorkers and their need for #MMA legalization! pic.twitter.com/kDWGV9EHYt
— MMA4NY (@MMA4NY) April 30, 2014

Last year Fighters Source made a splash in New York City by setting up shop at the Hammerstein Ballroom and packing the place with fans for their "Kings of New York" show. But amateur MMA is a "local" business endeavor (meaning local fighters drive ticket sales), and since the scene here is thick with New York-based promoters sporting ties to gyms here, the Florida-based organization hasn't been back.

Which isn't to say Fighters Source has been dormant. They haven't. In fact, they've been building momentum as a national amateur MMA group that orchestrates events throughout the country, events that pit local teams against "away" teams. For example, on Saturday night in Cortland, Fighters Source paired with Upstate New York promotion Gladius Fights for show that saw a clash between the "Syracuse Gladius" against the "Nashville Renegades". 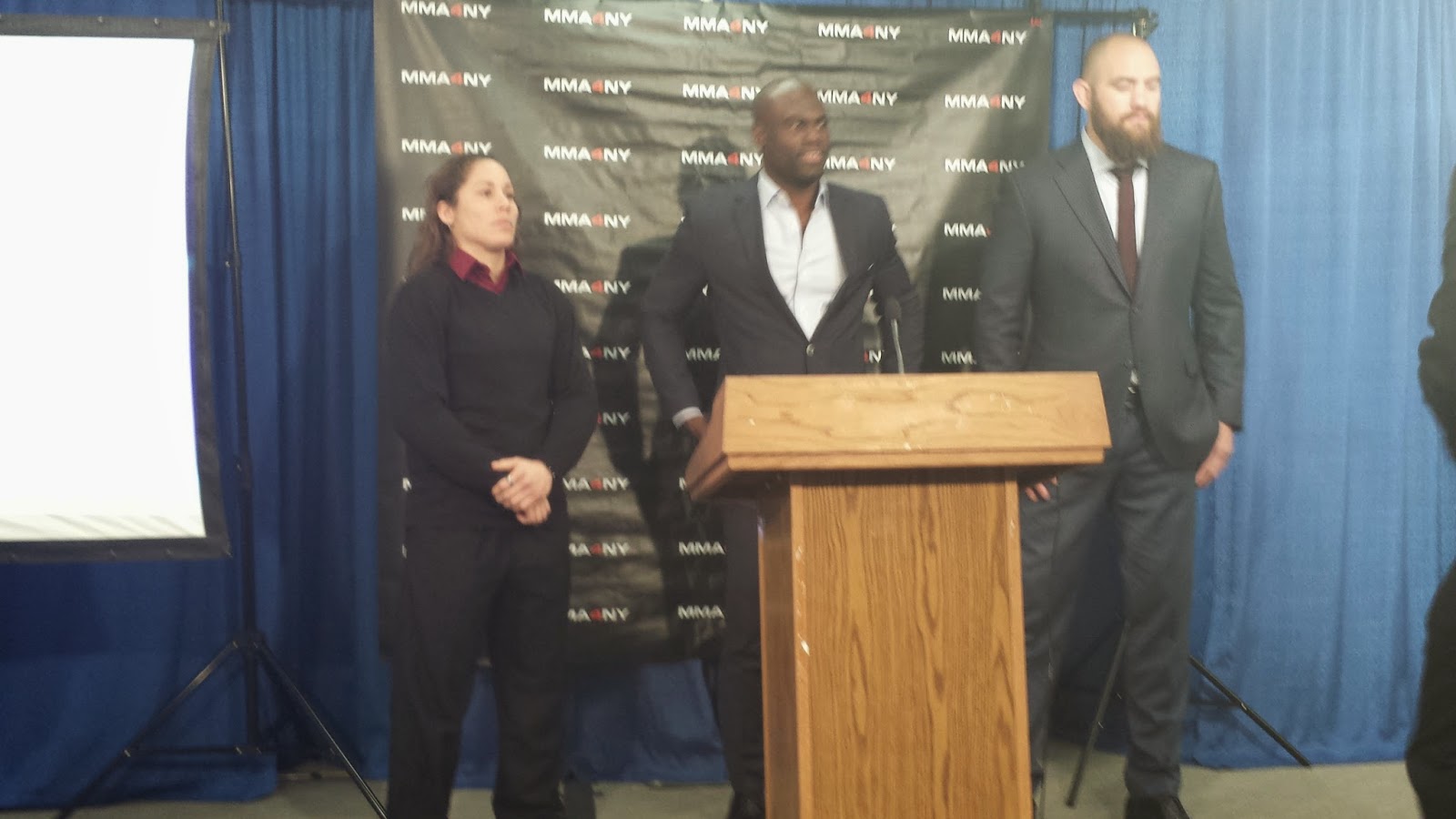 Not a lot has been going on with the legislative side of the MMA in New York movement lately. There are still a bunch of bills on the backburner, and though none of them have seen any action since the session began, there's still some time before the session ends on June 19 for something to get done.

There is, however, a press conference being held in today in Albany, and at it three female students and one female kickboxing instructor will talk about how MMA is empowering to women. There's no star power attached to the event (i.e., no Zuffa brass or well-known fighters scheduled to appear), but it's being held in the Legislative Office Building, so reporters will at least show up out of habit.

And that's it. That's all that's been going on. Given the progress and level of discussion generated on the issue, I'd rate this year's chances of the pro MMA ban being lifted in Albany a "meh."

Up next for fans of UFC action is UFC Fight Night 40 on May 10, which is headlined by a slugfest between Matt Brown and Erick Silva. But Erik Koch is taking on Darren Cruickshank further down on the card, and because the UFC wants you to be excited for that fight too, they posted Koch's brief battle with Raphael Assuncao. Watch and enjoy.