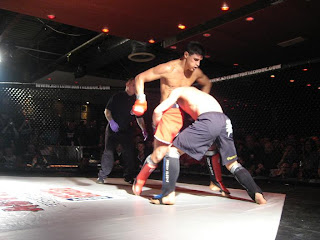 Tomorrow night is Extreme Challenge: "Mayhem at the Marina", which takes place at the Trump Marina in Atlantic City. MMA Journalist will be there liveblogging the action, and the lineup currently looks like this:

Keep an eye out for LaRosa, DeAngelis, Caslow and Roddy. 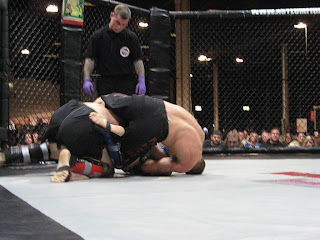 The proposed match-up between former UFC champ Tim Sylvia and former heavyweight boxing champ Ray Mercer, which was to headline the May 30th Adrenaline event at the Taj Mahal in Atlantic City, has been denied sanctioning by the New Jersey State Athletic Control Board. Originally intended to be an MMA bout "with no grappling" then repackaged as a straight boxing match, Sylvia/Mercer stirred up a decent amount of fan interest despite finding no traction with the commission. Consequently, promoter Monte Cox has moved the match-up to June 13th at the "Thunderdome" in the unsanctioned wilds of Bartertown. Said Cox, "Who rules Bartertown? Masterblaster rules Bartertown, so we really don't have to worry about athletic commission approval down there. Also, the rules of the Thunderdome are that 'two men enter, one man leave' - which is perfect for the kind of bout we're going for." Adrenaline is still set for the Taj Mahal at the end of May, with the new tentative headliner a match-up between Jeremy Horn and Dante Rivera.
Posted by Jim Genia at 9:24 AM No comments: 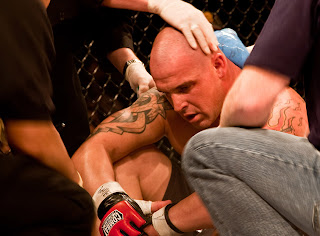