The WEC, home of champion hamster Urijah Faber and some of the best "little fellas" in mixed martial arts, will reportedly be getting rid of their heavier 185-pound and 205-pound weight classes some time in the future. This means the following changes will be implemented: 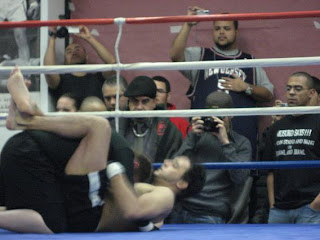 A New York Post article this weekend put forth the rumor that CBS is unhappy with EliteXC and maybe wants to see other people, a rumor that stems from that party CBS and EliteXC threw in July where EliteXC totally got drunk and put a lampshade on its head and threw up in the downstairs bathroom. CBS was apparently pretty displeased that night and promptly friended the UFC on Facebook, and the two have been flirting online ever since. No word yet on how much truth there is to all this, but one thing is for sure: CBS is one fickle wench. All it takes is an awesome Kimbo Slice/Ken Shamrock shindig and the Tiffany Network would go back to holding EliteXC's hand in public and letting the promotion feel it up in the back row of the movie theater.
Posted by Jim Genia at 12:25 PM No comments: 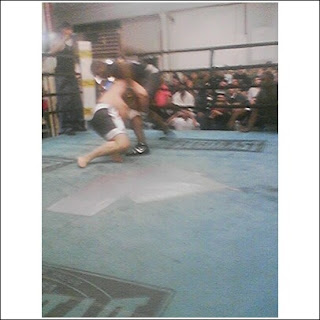 According to published reports, UFC heavyweight legend Randy Couture will return to the UFC with a new three-fight deal, and may be facing Brock Lesnar in his first bout back. Couture left the promotion last year to focus on his acting - specifically, a starring role as "Sargon" in "Scorpion King 2: Rise of a Warrior" - with the idea that his popularity as a fighter would translate into popularity on the big screen. It did not, and Scorpion King 2's failure at the box office has apparently forced Couture back into the arms of "Dana White and Lorenzo Fertita - the only people who really understand me". A press conference for the official announcement is slated for this afternoon.
Posted by Jim Genia at 9:24 AM No comments: