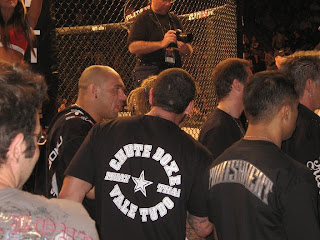 Things That Won't Happen at UFC 90 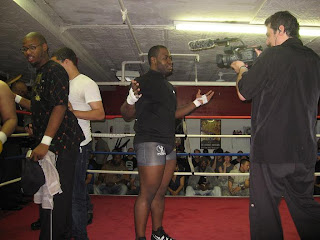 A Review of MTV's True Life: "I am a Mixed Martial Arts Fighter" 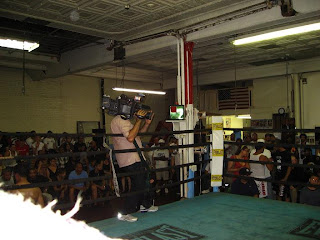 The Florida State Boxing Commission has concluded that no wrongdoing occurred in the Kimbo Slice/Seth Petruzelli bout from EliteXC's ill-fated October 4th card. Allegations of fight-fixing arose after Petruzelli claimed in a post-event radio interview that he was paid extra to keep the fight standing, with the resulting uproar over "Standgate" prompting the FSBC's investigation. "Dis is wicked news," said EliteXC figurehead Jared Shaw. "Now naffink stands in da way hof CBS buyin' us. Booyakasha!"
Posted by Jim Genia at 1:09 PM No comments: