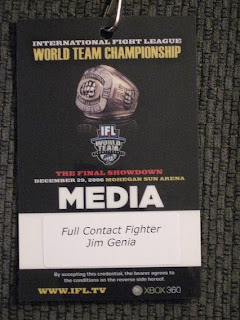 Chuck Liddell: "I Still Have About Four Brain-Damaging Concussions Left In Me"

Despite a string of crushing losses that saw him plummet from the top of the light-heavyweight heap to the bottom, aging ex-champ Chuck Liddell insists that the desire to get into the cage and compete burns within him, and that he’s far from done.  “I still have about four brain-damaging concussions left in me,” says the kickboxer-turned-MMA superstar-turned-failed dancer, whose last tango in the Octagon left him unconscious and then incoherent for months after.  “I mean, Dana [White] doesn’t want me to fight anymore, but what does he know?  He’s not a neurologist.”  It was, however, a board-certified neurologist who declared Liddell’s cognitive abilities “perilously close to vegetable status – like a zucchini or squash or something” – due to trauma sustained by knockouts at the hands of Quinton Jackson, Rashad Evans and Mauricio “Shogun” Rua (three of Liddell’s last four opponents).  “The Iceman” is currently in Las Vegas for the filming of the upcoming season of “The Ultimate Fighter”, which will see him serve as a coach for the eleventh season opposite longtime rival Tito Ortiz.  It’s assumed that after TUF 11 ends, Liddell will face Ortiz for a third time in the UFC in a bout no one really cares to see. 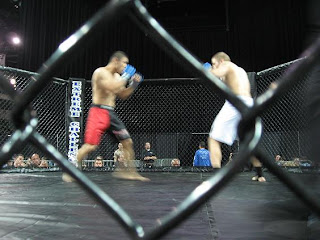