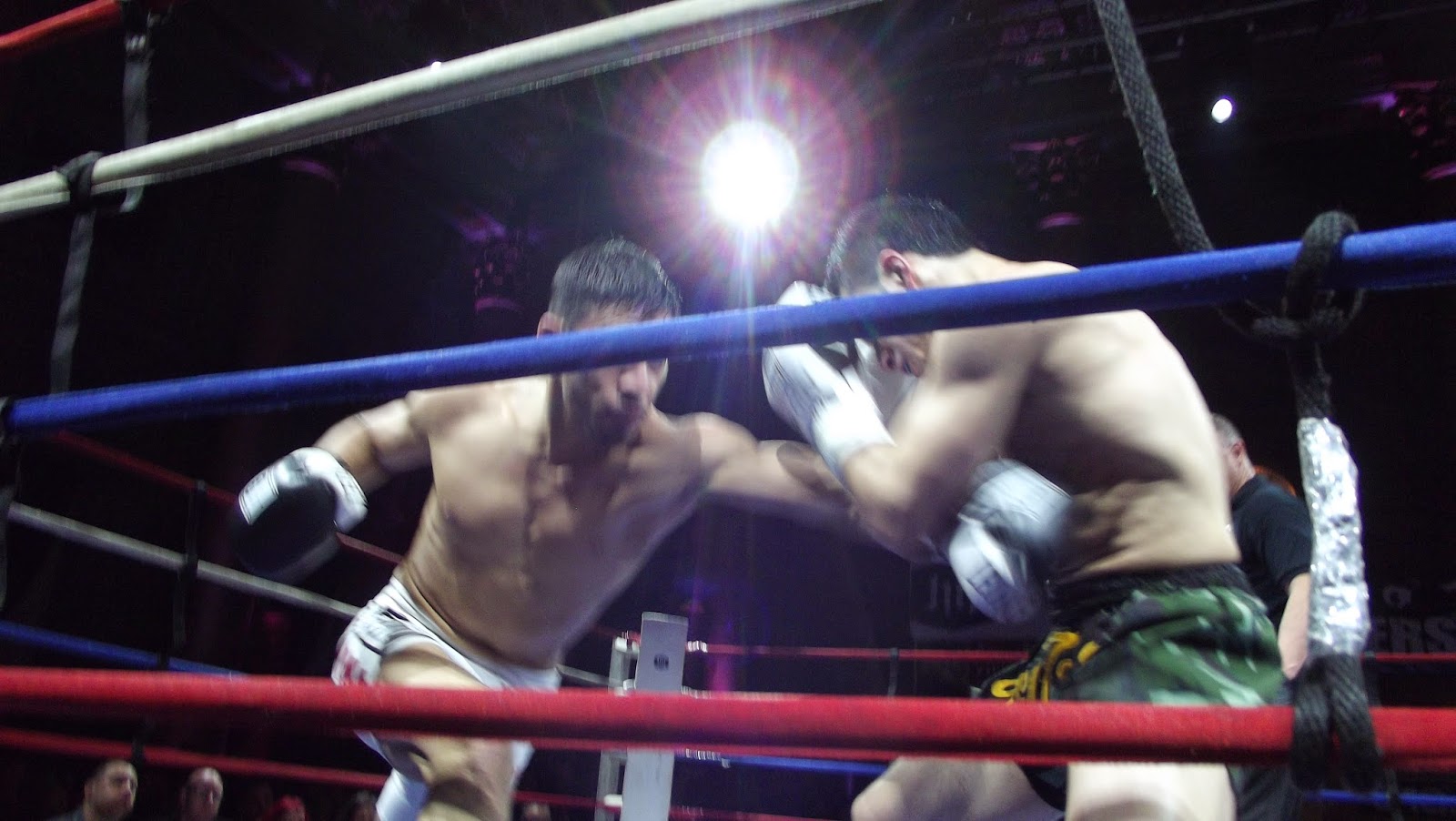 The kickboxing scene in New York City runs deep through the fabric of combat sports entertainment - so deep in fact, that there can be two events going on within 25 blocks of each other on a single night, and there will be enough fighters and spectators to make both events viable. Such was the case on Friday night, with Friday Night Fights going down at a venue near Wall Street, and Lou Neglia's Combat at the Capitale taking place at the Capitale, a nightclub in Chinatown.

While ardent Muay Thai fans tend to gravitate towards the FNF product, those who appreciate MMA lean to what CatC offers - which isn't surprising, given that Neglia is the man behind the long-running Ring of Combat organization, and ROC and CatC often cross-pollinate each other. Case in point: the MMA fighters on the card, which included ROC champ Julio Arce, ROC and Bellator veteran Carlos Brooks, ROC amateur champ Mike Fischetti, and ROC amateur fighter John Bowman.