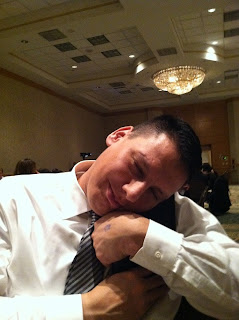 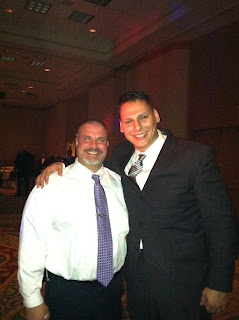 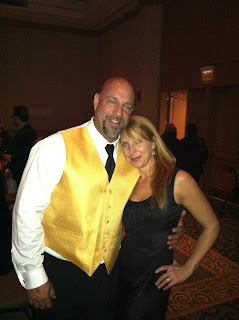 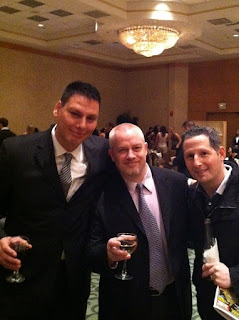 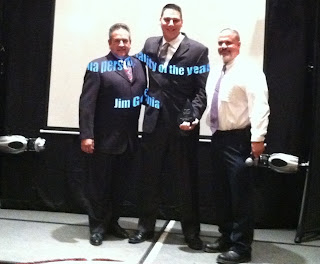 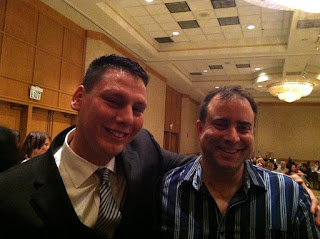 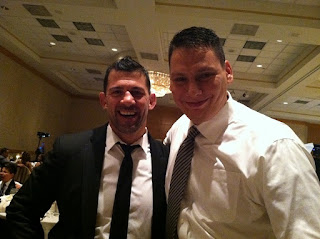 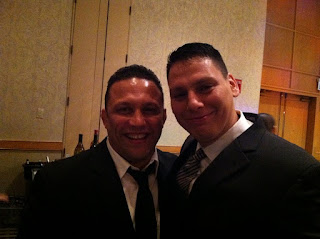 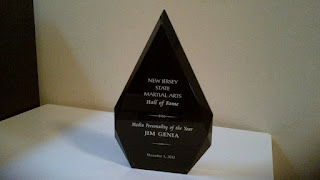 Last night was the inaugural New Jersey Martial Arts Hall of Fame dinner, and as yours truly was being inducted as "Media Personality of the Year", I was there.

It was, of course, a great honor to be recognized for the work I've done in this field that I love.  Before calling me up to the stage and handing me my award, presenter (and New Jersey commission guru) Nick Lembo talked about the years I wrote for FCF and my book - both of which gave the New Jersey and New York scene coverage like no else had.  That kind of acknowledgment is priceless.  But what was of an even greater honor was to be counted among the ranks of the other inductees, which included the legendary Renzo Gracie, top referee Dan Miragliotta, pioneering fighter Dave Tirelli, promoter Lou Neglia.  Sure, there was food and drinking and laughing and hanging out with friends, but what made it all amazingly special was that I got to stand on a stage with Renzo and Big Dan and the rest.  (Also, the fact that Renzo gave ME a shout out in his acceptance speech... wow.)

Anyway, it was a great time.  Congrats to all the HOF inductees, and thanks to the Perez family, who orchestrated the whole affair.

I could not be more proud.
Posted by Jim Genia at 9:09 AM No comments: