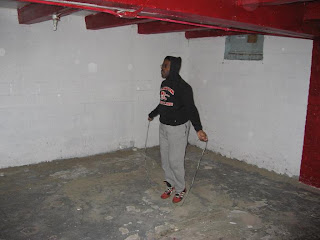 How Soon Until the Arrival of American Luta Livre?

BloodyElbow has a fantastic article up about the art of Luta Livre at http://www.bloodyelbow.com/2009/1/10/710938/mma-history-xviii-the-loss . In case you've been living under a rock or only began following MMA since TUF or Kimbo on CBS, Luta Livre was essentially a poor man's jiu-jitsu in Brazil. See, buying a gi and taking jiu-jitsu lessons is expensive - more so if you're some broke kid in the favela - so why not study no-gi submission grappling at that ghetto-looking gym in the 'hood for a fraction of the cost? That's essentially what Luta Livra was, and like all those boxing gyms you see in inner-cities around the US, these places were dens of combat where dudes trained hard and ugly. So... how soon until we see an American version of Luta Livra spring up? I'm not talking about Eddie Bravo's brand of no-gi grappling either, nor am I talking about whatever no-gi jiu-jitsu classes are around. I'm talking about true, hardcore, no-frills submission wrestling. Personally, I think it's only a matter of time. 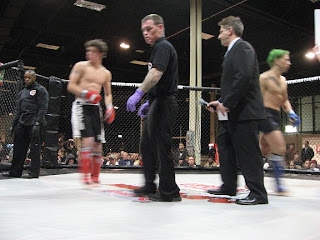 On January 17th Reality Fighting will have its two billionth show, and the Plymouth, Massachusetts event features two hard-as-nails fighters based out of New York (and who usually fight in New Jersey). At the top of the card, ROC Beasts of the Northeast tournament winner Brian McLaughlin will take on Rene "Dead Man Walking" Nazare, and on the under card Team Tiger Schulmann brawler Nissim Levy will take on Sean "I Hope I Have Good Health Insurance" Holmes. For those who don't know, McLaughlin's signature move is an armbar executed in such a fashion that he actually detaches the arm from the body (he gives it back, though), while Levy favors an overhand right that leads to convulsions and chronic bouts of Post-Traumatic Stress Disorder. Plymouth is too far for MMA Journalist to drive to, but if you're in the area on Saturday night you should definitely check the event out.
Posted by Jim Genia at 9:34 AM No comments: