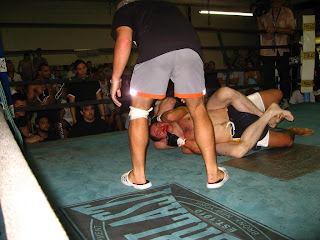 Last night was the third episode of the TUF 8 season, which, based on what we've seen thus far, is a season that will entail a lot of action, coach Nogueira speaking and us not understanding him, and enough drunken antics to make even the most hardened alcoholic say, "Jeez, guys, chill out."