Deja Vu All Over Again: Breaking Down the UFC's New Lawsuit vs. New York 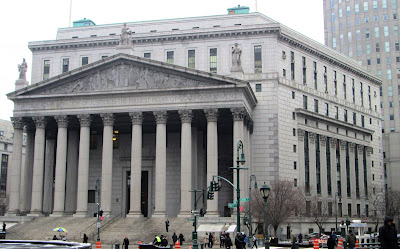 In March, the UFC's 2011 lawsuit against the State of New York - which initially attacked the state's ban on professional mixed martial arts on First Amendment grounds but was later switched to "vagueness" claims - was dismissed by Judge Kimba Wood of the Southern District of New York. She cited a lack of standing by the UFC (meaning the UFC wasn't sufficiently injured by the ban), but her parting words were encouraging:


"Plaintiffs, particularly Zuffa, may consider filing new vagueness claims based on events that occurred after this lawsuit commenced, including the OAG’s recent statements that the Ban prohibits sanctioned professional MMA (despite its plain language to the contrary)."

Today, the UFC took her advice.