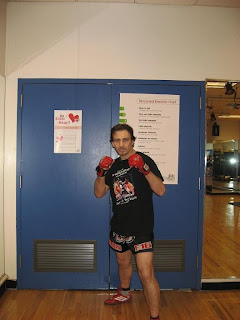 Team America: World Police is not yet complete, as four angry young men have to fight to fill the last remaining two slots, plus we haven't yet seen the TUF house and the dorm room-on-steroids decor that will ultimately be destroyed. So zoom in to the house, in a quiet Las Vegas neighborhood powered by the endless energy produced by Dana White's F-bombs. A pool table stands proud. A mural struts gayly. And as Team America: World Police enters, no one takes notice of the six-feet tall anthropomorphic chicken sitting with his legs crossed in a chair in the corner, reading a copy of tomorrow's New York Times. The chicken ignores them. For now.

Team UK enters the house and they're greeted warmly. The Pikey bareknuckle boxing champ known as James Wilks makes a beeline for the silverware and starts stealing. Right-O-Old-Chap speaks incomprehensibly. The American known as Junie Browning's Little Brother sees the free alcohol and furiously begins guzzling it. Soon, when everyone meets on the basketball court outside, Junie Browning's Little Brother starts lobbing eggs - a cry for attention for sure, but also a cry for love. "Love me," he seems to say. "Please. Love me."

The chicken looks up from the newspaper. His eyes narrow. He shakes his head.

Back outside and the accent-heavy Brits and embarrassed Americans make some sort of accord. Thanks to loose bodily fluids, last season scored well in the gay fetish demographic. They vow to avoid that. Then, inside the house, Junie Browning's Little Brother begins threatening people, hitting them with eggs and pleading in his thick Southern drawl, "Please, just love me."

The chicken scowls. Turns the page of his New York Times.

The next day comes and they train, Team America: World Police with the Queen of England and her wrestling, Team UK with Michael Bisping. (When Bisping enters he blames his late arrival on visa problems, which is British slang for "a few days at the spa with Dana, laughing through seaweed wraps and dual-massages".) In the kitchen of the TUF training center Bisping speaks garbled Olde English to the Marquis de Johnson, which aggravates the Marquis de Johnson as Olde English died out with the Anglo-Saxons and no one speaks it anymore.

Back at the house again, and the four who must fight to... get into a house they're already staying in? Remain in a house they're already staying in? Drink more free alcohol? I don't know. But the four who must fight speak of their lives and motivations and need for love. Meanwhile, the giant anthropomorphic chicken reads Nietzsche, glances at Junie Browning's Little Brother, scowls.

Then they are fighting. Someone from California squares off against someone... from Iowa... who talks... incredibly... slow. They wrestle and grapple and punch, and then the slow... talker... from Iowa... bangs his head against the floor of the Octagon until he is unconscious because he'd prefer to be asleep for his opponent's kimura attempt instead of countering it. The referee stops the bout and... Mr Iowa... asks... what... happened... then... concludes... that he... beat himself... If that were the case, then wouldn't "himself" get into the TUF house?

Finally Junie Browning's Little Brother fights, which consists of him curling up into a ball in a corner, covering up and saying "Please love me! Please love me!" over and over again. His opponent is awarded the TKO win. Now Team America: World Police is set.

And back at the TUF house, the chicken goes back to his Nietzsche book, his face revealing no expression at all.
Posted by Jim Genia at 11:11 AM No comments: 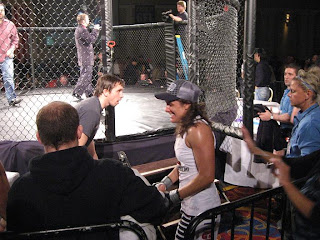 "Thank you for your timely response. Please convey to your client Rick Huddleston that for the sake of fairness and truth I am eager to get his side of the story. The other interviews I've conducted, as well as the public records concerning his legal history, certainly don't paint him in a favorable light and I would like the mixed martial arts community to have as accurate a story as possible.

As for your assertion that claims made by myself on my blog are false, your simple declaration that they are false does not make it so - especially when the statements of the injured parties connected to the March 21st Kansas City-area Close Quarter Combat event are considered. Mr. Huddleston did not pay the fighters and the check he wrote to the venue bounced. That sounds like a prima facie "screwing" to me, and clearly not a violation of the "actual malice" standard put forth in New York Times Co. v. Sullivan. Please explain how it is not a "screwing" and I will be happy to post a retraction.

Concerning your assumption that Sullivan does not apply to Mr. Huddleston as he "is not a public official or public figure", I could point to Associated Press v. Walker, Curtis Publishing Company v. Butts, Time, Inc. v Hill, Hustler Magazine Inc. v. Falwell, Rosenbloom v. Metromedia and Philadelphia Newspapers Inc. v. Hepps, which expanded Sullivan's standard to include prominent business leaders and sports figures, affirmed that matters of public interest are a form of protected speech, and placed the burden of proof squarely on your shoulders in proving the alleged falseness of any claims I may make. I could go on but will instead refrain, suffice to say that I still relish the chance to engage Mr. Huddleston and your firm in a battle over First Amendment rights and issues of "freedom of the press".

I look forward to speaking to you - to "clear the air" as you've suggested. Information on Full Contact Fighter is widely available on the Internet.


Sincerely,
MMA Journalist"
Posted by Jim Genia at 9:34 AM 2 comments: 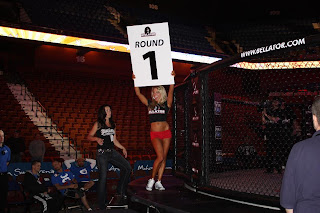