Combat at the Capitale: Mike Fischetti vs. Jeff Brown

via IFTTT
Posted by Jim Genia at 11:40 PM No comments:

Combat at the Capitale: Dom Bingo vs. Billy Rose

via IFTTT
Posted by Jim Genia at 10:49 PM No comments:

Combat at the Capitale: Remi Singha vs. Nazim Sadykhov

via IFTTT
Posted by Jim Genia at 10:49 PM No comments:

Combat at the Capitale: The Rules Meeting

via IFTTT
Posted by Jim Genia at 7:54 PM No comments:

The UFC, the Culinary Union and the Battle for New York 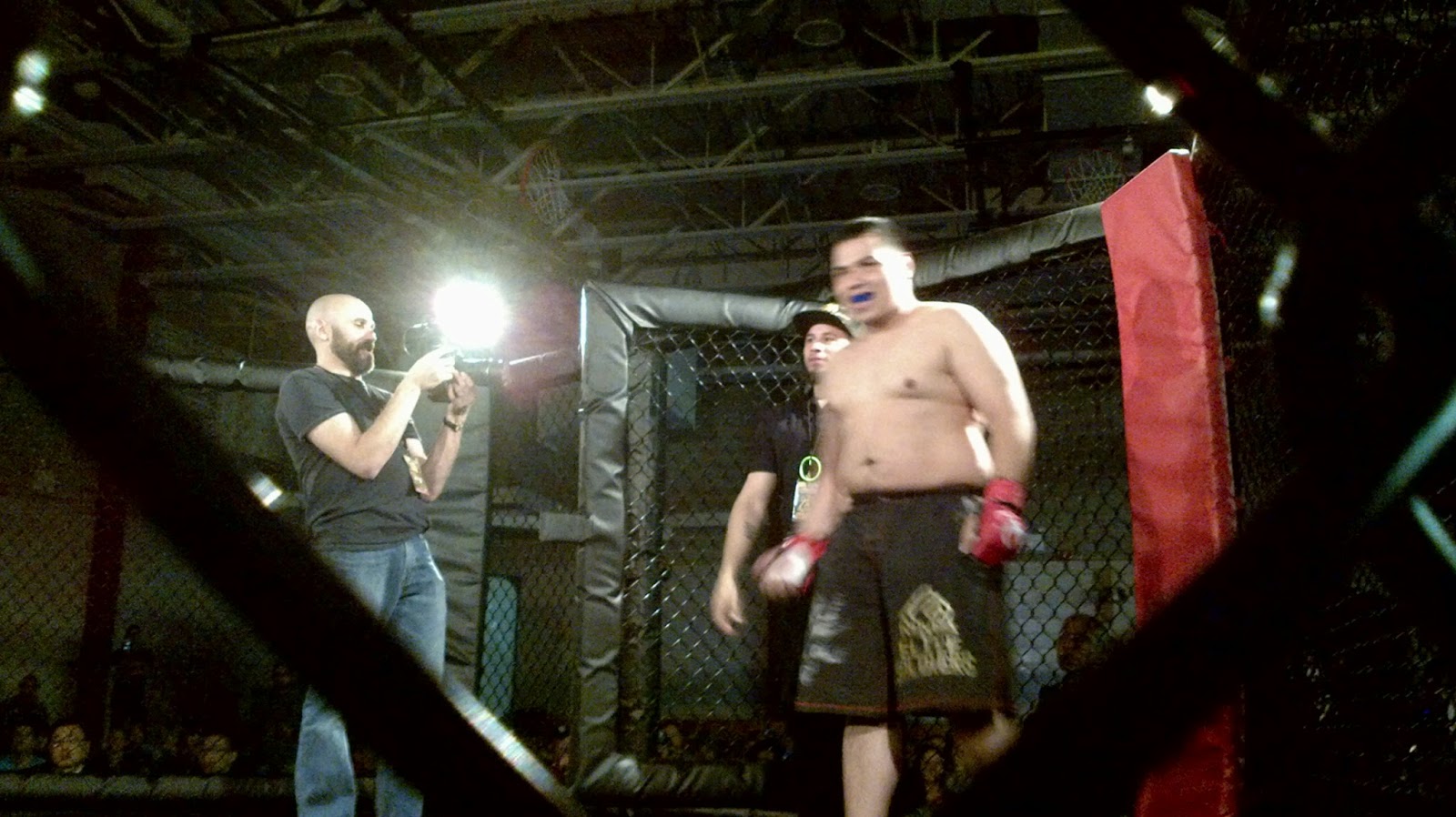 Eric D’Arce climbs into the cage with his daughter before the show. When the preschooler throws punches, the ex-Marine goes down, smiling, laughing. Two and a half hours later Eric is breaking the arm of a kid named Nathanial in that very spot. But the celebratory cries of victory are muted, confined to only Eric’s nearest and dearest. In the dimly-lit recreation center, the crowd of a few hundred is conflicted, and waffles between excitement and stunned silence. It’s easy to cheer for a knockout. Not so easy for an arm snapped like a tree branch.

This is mixed martial arts, a.k.a. cagefighting, and this combative sport colored in shades of Clockwork Orange-esque ultra-violence could be Saturday night entertainment almost anywhere in the world. But it’s not just anywhere, it’s Corona, a neighborhood in Queens, in a state as conflicted about the sport as the crowd is about cheering when Eric bends Nathanial’s arm in ways God never intended it to go.


“Is MMA legal or not? Should it be? Why not? What’s holding it back?” Those are the big-picture questions, much harder for New York as a whole to answer than the question the Corona crowd is faced with, and at least their question is answered when a doctor rushes into the cage and stabilizes Nathanial’s arm, and Eric signals through the fence that he wants a little more love for getting the win.

It was difficult to keep up the ever-growing number of regular seasons of The Ultimate Fighter, but when the UFC began doing international versions of the reality TV show, the task of following along became impossible.

So. TUF Nations. It pitted a team from Australia against a team from Canada, it's been airing on FOX Sports 1, the season is almost over, and the finale is on April 16. In terms of star power, the event is headlined by a match-up between Michael Bisping and Tim Kennedy. To whet your appetite, the UFC has released Bisping's bout against Denis Kang, which took place at UFC 105.

How About Some Kickboxing Tonight? 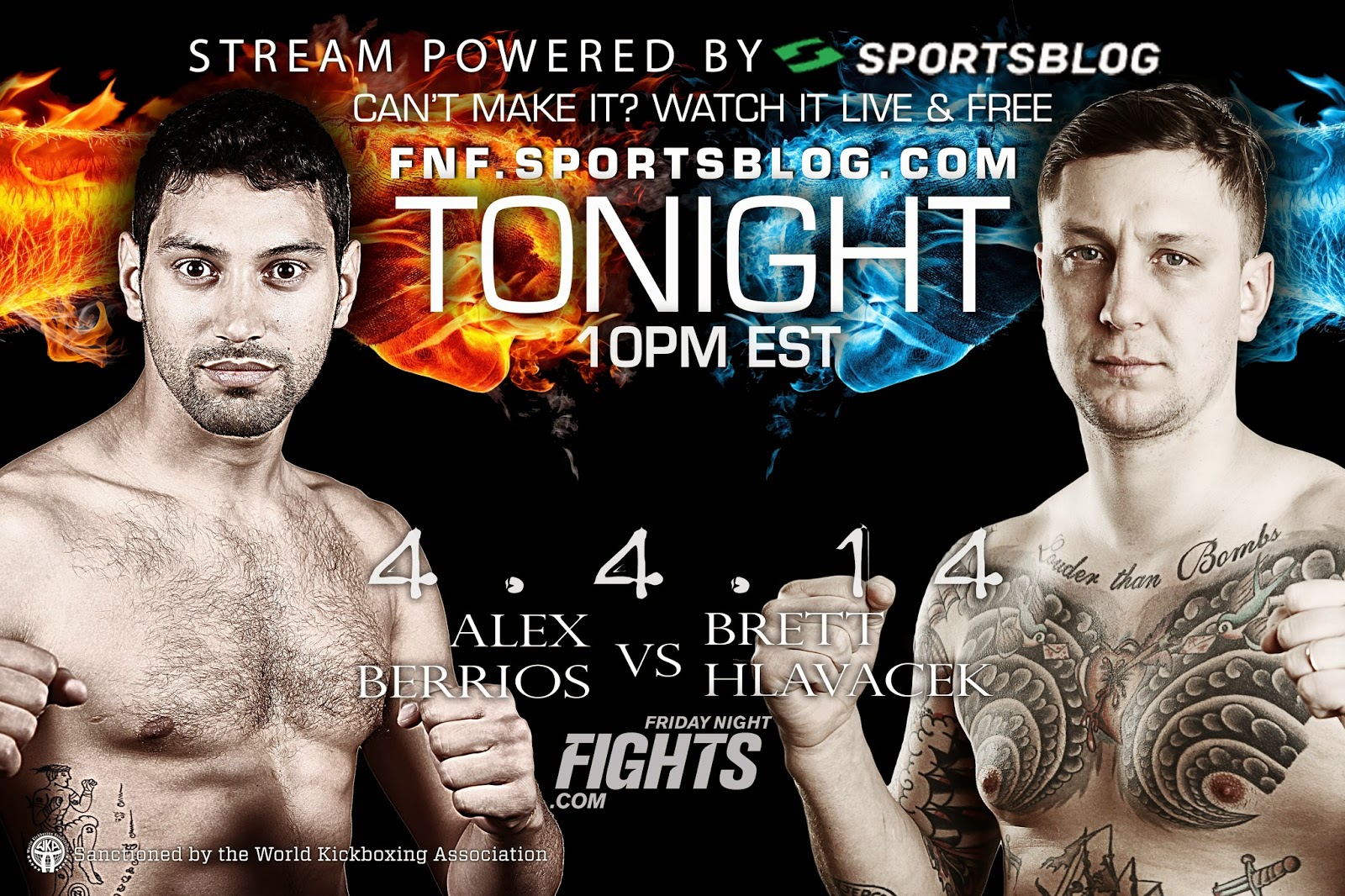 The line-up for tonight's Bellator 115 took a massive hit at the weigh-ins yesterday, so the main card features a heavyweight title fight between Vitaly Minakov and Cheick Kongo, and then a bunch of bouts with fighters you've never heard of. If that's something that seriously affects your desire to tune in, don't fret. There are other combat sports options.

New York City is hosting two kickboxing events this evening - Lou Neglia's Combat at the Capitale, and Justin Blair's Friday Night Fights. I'll be ringside for the Capitale show, so expect live coverage here courtesy of the autoposts from my Instagram account.