If You Watch Anything on GFL Today, It Should Be CFFC 51 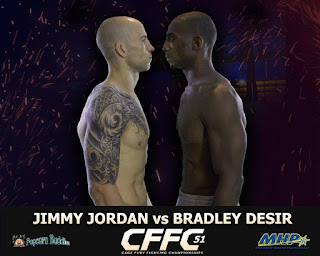 The Cage Fury Fighting Championships touches down at the Sands Casino & Resort in Bethlehem, P.A., tonight, and the two fights at the top of the card make it must-see TV on GoFightLive.

The Problem With Sponsoring Illegal Fight Shows in New York

This past week the New York City-based illicit boxing promotion BX Fight Club began hyping their upcoming September 15 show on their Instagram, saying how rapper 50 Cent will be in attendance and promising all the usual thrills their events provide. And BX Fight Club events certainly provide thrills - their March event was one of the best times I've ever had at an underground scrap, and I've been to quite a few. But in promoting their Tuesday throwdown, the promoters revealed that VICE Sports would be there to film a reality TV show.

It has long been heralded as an organization that feeds directly into the UFC, and on September 25 you'll get to watch that process in action. At Ring of Combat 52 in Atlantic City, N.J., bantamweight champ Julio Arce will be taking on Brian Kelleher. Given their respective resumes, it's pretty much guaranteed that the winner will be in fighting in the Octagon next.