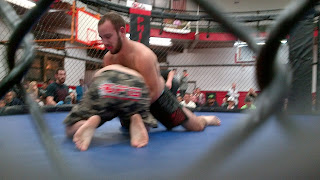 Legend has it that the Emperor Nero, by many accounts an ineffectual and apathetic leader, did nothing but play a fiddle while Rome burned around him. Whether that tale is true or not, it's an apt metaphor for what's going on in the Empire State.

Last week, NBC New York cast its investigative reporting spotlight on the amateur MMA scene. What they found was a sport unregulated by the state, and from that lack of oversight and uniform standards comes a heightened level of danger to those bold enough to step into the cage. The report was not well received by promoters.