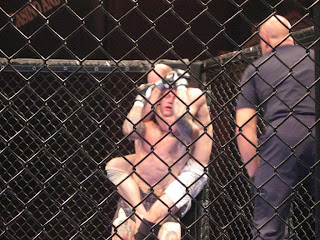 The "Little League World Championships of Mixed Martial Arts" (a.k.a., WEC 39) is Sunday night on the Versus channel, and the Corpus Christi, Texas event features featherweight champ Mike "Holy Cow I Beat Urijah Faber?!" Brown defending his belt against Leonard Garcia. Here are some fun facts MMA Journalist has compiled concerning the event: