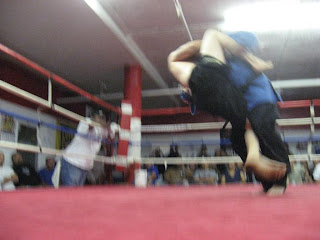 With winter just around the corner, Tamdan McCrory is counting on a win at UFC 91 - and it's not because a "W" would propel him further up the welterweight rankings. No, the well-rounded scrapper, whose quick rise to the top of the East Coast rankings garnered him a berth in the UFC after only a year of competition, is hoping a victory against opponent Dustin Hazelett will provide him with the cash needed to move into an actual house. "They call me the 'Barncat' because I live in a barn," says McCrory while picking hay from his hair. "Do you have any idea how cold it gets in a barn in January? It gets pretty damn cold." McCrory's only brush with defeat came at UFC 78 against Akihiro Gono, and he has since defeated the tough Luke Cummo. Does he have the tools to withstand Hazelett's jiu-jitsu attack? "Tools? Dude, I live in barn. I got all sorts of tools." UFC 91 airs Saturday night on pay-per-view, and features some wrestling dudes in the main event.
Posted by Jim Genia at 4:28 PM No comments: 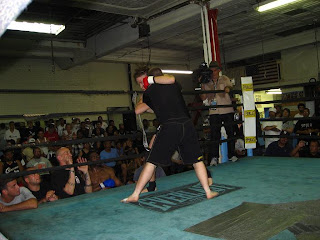 It's been a busy week for news. Here are some haiku to bring you up to speed, courtesy of MMA Journalist: 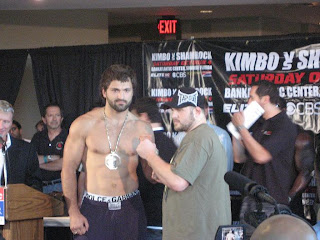 The ninth episode of the season means we're winding down with all the outside storylines of where the fighters came from and why they're raging alcoholics. Thank God. TUF excels when it's all about which fighters are the best and which fighters suck. I could care less that Junie Browning lives in a trailer and Ryan Bader is wanted in three states for cattle rustling. 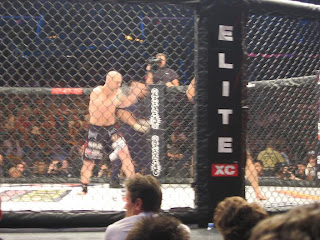