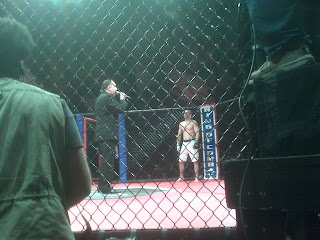 Observations from My Couch: UFC 110 "Mad Max, Men at Work, and Other Australian Things"

This was one of the best Ring of Combats in a while.  Bellmore Kickboxing’s Ryan LaFlare can now be considered one of the Northeast’s best 170 pounders and should only be facing other top dogs – like Tom Gallicchio, Greg Soto and Matt Makowski.  Edson Barboza’s KO of Nabih Barakat was frightening.  Barboza has clearly come into MMA with a ton of a striking experience.  And TSMMA’s Louis Gaudinot took out a really hot prospect in Tuan Pham, and he did it on the feet, which is where Pham is strongest.  Looks like the only way to beat Gaudinot is via lay-and-pray, and it should only be a matter of time before that chink in his armor is sewn up.