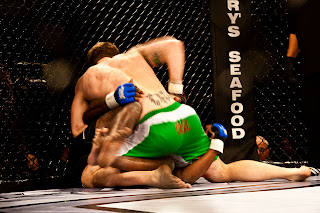 Sure, on paper UFC 96 looks like a weak card that will have no impact at all on rankings or provide anything in the "Oh Wow!" department, but there are still reasons to shell out the dough for the pay-per-view. Actually, there are only five reasons - but they're good ones! 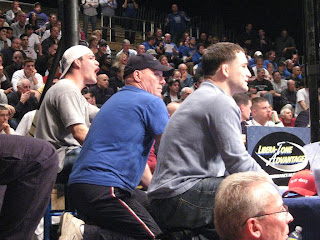 Mean University to Jardine: "Academia or Fighting - It's Time to Choose"

On the eve of Keith Jardine's main event bout against Quinton "Rampage" Jackson at UFC 96, his employer in the realm of higher education has issued a statement demanding the "Dean of Mean" return to his post at Mean University - or else lose his job and tenure. "Academia or Fighting - it's time to choose, Professor Jardine," said Dr. Roland Provence, President of Mean University, in a letter addressed to the Greg Jackson-trained fighter. "We on the school board understand that a career as a professional mixed martial arts athlete can be quite rigorous and demanding, but as Dean of Mean Studies, you have a responsibility to the school and its students." Jardine attained his Doctorate in Meaness prior to his appearance on TUF 1, and was given a tenured position on the faculty sometime after his defeat of Forrest Griffin at UFC 66. However, according to Dr. Provence, Jardine has not lectured or published any papers in his field since, which are requirements of all faculty members. "Without question we are proud of your accomplishments within the Octagon," the statement continued. "But the University needs its Dean back. And if he's not coming back, then we'll have to hire someone else for the position." As of this post, Jardine has yet to respond.
Posted by Jim Genia at 8:43 AM No comments: