"When M-1 Global learned from the California State Athletic Commission that Kirill Sidelnikov failed his post-fight screening for performance enhancing drugs, we conducted our own investigation and asked Kirill to explain himself.

In preparation for his Affliction bout against Paul 'Big Burrito' Buentello in January, Kirill suffered from severe and painful hemorrhoids. Not wanting to miss any training time leading up to 'Day of Reckoning', Kirill followed the advice of a proctologist not affiliated with M-1 who gave him an enema commonly used in Russia to help treat some of his symptoms. It is M-1's belief that the enema is what contained the Stanozol.

For those who are skeptical of this explanation, we believe Kirill's account is true based in large part to his physique, namely his buttocks. If he had been using large amounts of Stanozol on a regular basis, his buttocks would have contained leaner muscle that had more definition.

While we do not believe the use of the enema provided Kirill with an unfair competitive advantage, we are obviously disappointed in his lapse of judgment. M-1 tales full responsibility for Kirill's actions and we respect the decision of the California State Athletic Commission."
Posted by Jim Genia at 4:44 PM No comments: 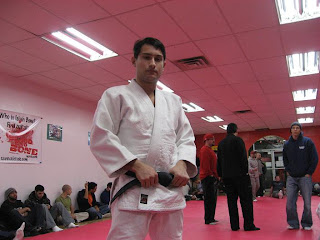 Frank Mir is an excellent color commentator who brings a ton of knowledge, experience and credibility to the microphone when he sits cageside for WEC events and waxes prophetic. But he was noticeably absent at Sunday's WEC 39, and while stand-in Jens Pulver was more than up to the task, the question remained: Where was Mir? Says a company insider who asked to remain anonymous, "We'd just decided to bring in flyweights as a new weight class the organization would focus on, and a few of the 125-pounders were flown in to be introduced for the broadcast. Well, somehow they end up in a room with Frank, and the UFC champ eats them." According to the source, this isn't the first time Mir has devoured smaller athletes, but by all accounts those "days of eating anyone under 155 pounds" were behind him. It's unclear at this point if this will affect Mir's role as commentator. Stay tuned for more as the story develops.
Posted by Jim Genia at 2:23 PM No comments: 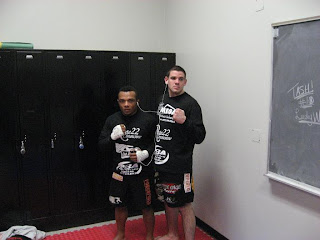 Will Strikeforce Ever Come to the East Coast?

Will Strikeforce - the new and improved "We're going to do events on Showtime and CBS! Wahoo!" Strikeforce - ever come to the East Coast? MMA Journalist shot spokesdude Mike Afromowitz an email and got this reply: "We are, in fact, exploring different opportunities for the East Coast for 2009. As you know, we have an increased amount of programming to fulfill this year so we are exploring a number of opportunities." So there you have it.
Posted by Jim Genia at 8:57 AM No comments: