Zuffa may do some douchey things for the sake of business (or spite), but they have done a few things that were benevolent, and those actions should not be glossed over or forgotten. Here are just five cool things the UFC has done: 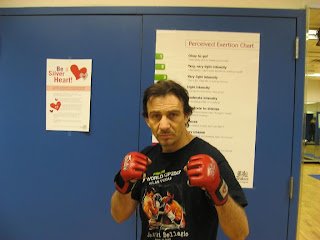 If not for Zuffa, the UFC and the sport of mixed martial arts would be no where near as accepted and popular as it is today. That said, Dana White and company have done some seriously shady things. Sure, business is business, but the media wouldn't be doing its job if it didn't point out some of the skeezy, underhanded practices Zuffa has pulled off. Can I get an amen? So here are the top five shadiest moves perpetrated by the UFC: 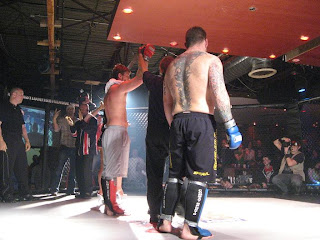 Predictions for UFN 18: "Condit vs. the Harsh Reality That Fighters in the WEC Weren't Exactly the Best"

Tonight is another harrowing installment of UFC Fight Night, which will serve as the prelude to the opening episode of "The Ultimate Fighter - Season Eleven Quabillion". On deck is WEC welterweight champ Carlos Condit taking on Danish fighter Martin Kampmann, which should be a real test for Condit and an excellent gauge as to where WEC champs rank amongst "real" fighters. An interesting sidenote about WEC champs: to get credentials for UFC events, they have to perform chores backstage; Condit is actually well-known for his backrubs. And now, on to the predictions. 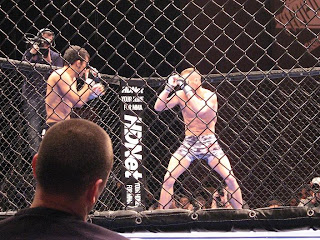 Zuffa Bars Fighters From Talking with Managers and Agents; Also, Family and Friends

According to a report on Sherdog.com, Zuffa has now barred fighters from talking with their managers and agents, going so far as to refuse to issue UFC and WEC event credentials for those representing fighters and forbidding fighters from even talking with such people. Also under consideration is a ban on all fighters communicating with family and friends - a move that bespeaks of Zuffa's desire to keep its employees isolated and malleable. "This is an outrage!" says Ken Pavia, a well-known agent and vampire who has often perched himself up in a venue's rafters and preyed upon the unsuspecting backstage. "You can't keep a fighter away from his representation. It's wrong. Besides, how am I supposed to feed?" Emails to Zuffa for comment went unreturned.
Posted by Jim Genia at 9:49 AM No comments: