"I have placed a call to my client regarding your interview. He will not be speaking to you directly. However, I will make a few comments on his behalf if he authorizes me to do so. I feel that it is very important to clarify a few points.

These are both false statements and I have duly notified you, through my cease and desist letter, that these statements are false. I'm glad you cited New York v. Sullivan in your email dated April 6, 2009. That case stated: public officials cannot recover in a defamation suit unless he/she can show the statement was made with "'actual malice' - that is, with knowledge that it was false or with reckless disregard of whether it was false or not." I am telling you for the second time that Rick Huddleston is not trying to screw any fighter. If you continue to publish articles stating that he is, you will be making statements in "reckless disregard of whether it was false or not." Furthermore, New York v. Sullivan is only relevant in regard to "government and public officials." Rick Huddleston is not a public official or public figure. He is a private individual.

Ultimately, I would like to speak to you, on behalf of Mr. Huddleston, to clear the air. While I am not at liberty to discuss much of the factual information relating to this case, I have some information that I would like to provide for you. This information should be quite helpful to you in your search for the "truth" in this present matter. I don't know if you have spoken to Mr. Francis or Mr. Kuny (Francis' attorney), but I do not believe it would be ethical for me to reveal all facts relating to the present breach of contract dispute. 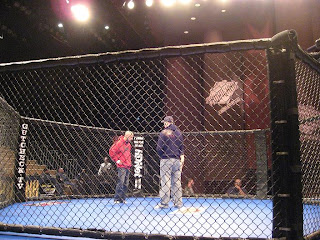 Check out the Ground & Pound Radio show, which featured MMA Journalist rapping about UFC 97. Link here: http://www.blogtalkradio.com/stations/fantasysportschannel/mmamadnessradio/2009/04/15/Ground-Pound-Radio .
Posted by Jim Genia at 11:01 AM No comments: 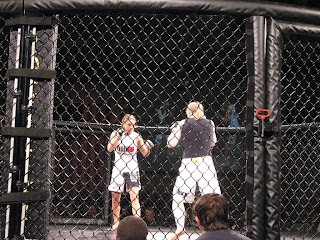 The California State Athletic Commission released the official payouts for Strikeforce's "Shamrock vs. Diaz" magnum opus at the HP Pavilion in San Jose last weekend, and the numbers have managed to raise more than a few eyebrows. MMA Journalist contacted Strikeforce High Priest Scott Coker for an explanation on some of the purses and the veteran promoter was more than forthcoming with his responses.