Already the Negative Vibes are Flowing in New York 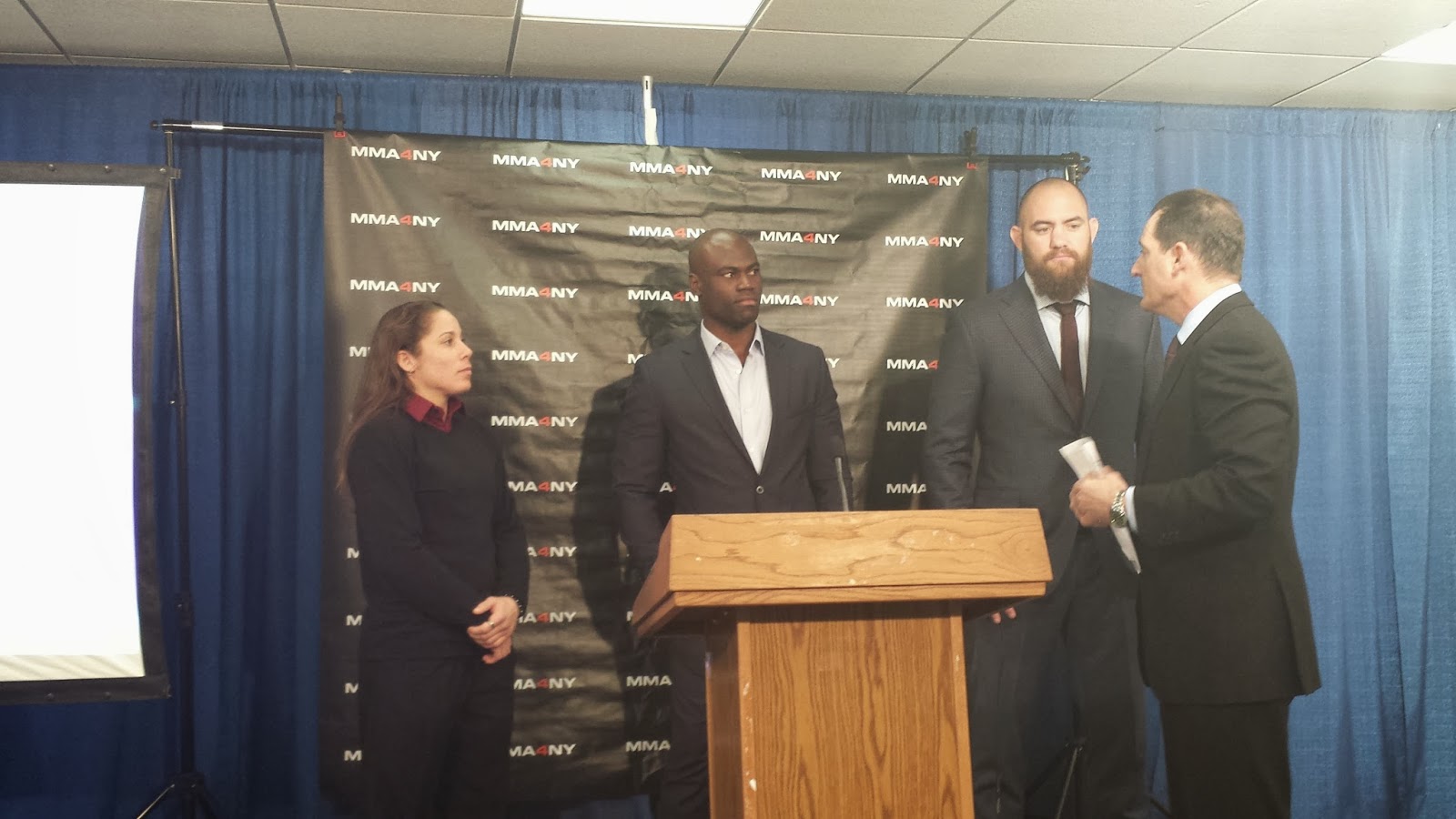 It's barely even February and already the pessimism and negative vibes are flowing freely when it comes to MMA getting sanctioned in New York this year. According to Ken Lovett of the New York Daily News and his prognosticating crystal ball, a dark shadow hangs over the heads of those seeking to lift the ban.


“I don’t see it as very likely this year,” one Assembly official said.
...
Opponents of the sport are latching on to a recent comment by Dana White, president of the Ultimate Fighting Championship league, that opposition to contact sports like MMA highlights the “pussification of America.”

Sonia Ossorio, president of the city-chapter of the National Organization for Women, blasted the sport as “exploitive of its fighters and misogynistic towards women.”

“If the pussification of America means holding the tide against violence and misogyny, I’m all for it,” she said.

All I have to say about this is that it's way too soon to be handicapping any odds. Also, there's more than one way to skin a cat, and this particular feline might be losing a good portion of its fur in the coming months.
Posted by Jim Genia at 12:08 PM