Manup Standup vs. the UFC? 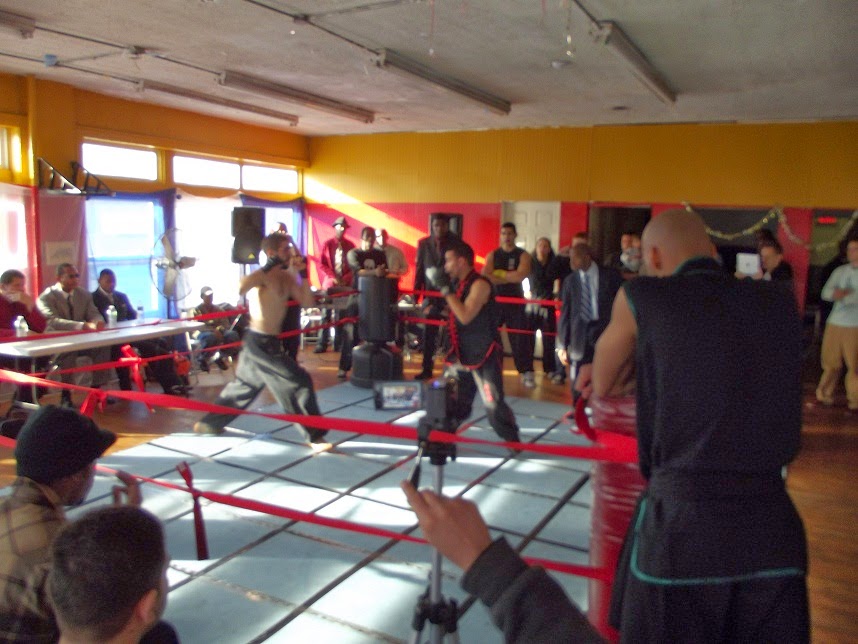 It seems New York City-based underground fight league Manup Standup is having a bit of a dust-up with the folks at the UFC. Novell Bell, MUSU's promoter, trademarked a logo for his organization that includes an octagonal shape - and as everyone knows, the UFC owns all things with eight sides (including stop signs and this Chuck Norris flick from the '80s).

Here are Bell's own words on the matter:


Recently Zuffa LLC which owns the UFC (Ultimate Fighting Championship) has petitioned the United States Patent and Trademark office to cancel my registered trademark logo due to it's use of the ancient shape of the octagon because they feel they have sole ownership of the shape.
...
This is downright wrong. I'm a Harlem NY Base Chinese martial artist teaching people of all ages in my community a style called Ba Gua Zhang using the context of ancient Chinese philosophy which is thousands of years older than the UFC. I never claim to teach MMA nor do I claim to associate with the UFC. The association with the shape of the octagon and Chinese culture is far stronger and older than anything claim of ownership the UFC has on this universal shape.


Bell circulated this petition last night, although it's unclear what he hopes to accomplish with it other than spreading awareness of his plight.
Posted by Jim Genia at 12:00 PM